FOXBORO, Mass. — The New England Patriots didn’t want to abandon the fullback position after losing James Develin and Jakob Johnson to season-ending injuries. They also weren’t keen on signing a new one and spending a valuable roster spot on a player who might only see a few snaps each game.

That left Bill Belichick and his staff with one option: take a player already on the roster and convert him to fullback.

Enter Elandon Roberts, the hard-hitting middle linebacker who hadn’t played on offense since before high school.

Since making his fullback debut in a Week 7 win over the Jets, Roberts has logged at least one offensive snap in eight of New England’s last nine games, filling Develin’s usual role a lead blocker for running backs Sony Michel and Rex Burkhead. Last Saturday, he played 21 offensive snaps in a 24-17 win over the Buffalo Bills, smashing his previous career high of 10 set the previous week.

“We needed a fullback,” running backs coach Ivan Fears said Friday. “We needed to be able to keep the scheme going. He was very willing to do it, and as you guys all know, Elandon is great at going downhill and knocking the piss out of somebody. So we were kind of excited to have him do it. If we can use that to help us, then we’re going to use it. We had a need. Injuries have been big. He’s there. He’s there (on the) game day (roster). He’s going to be there on game day. So why can’t we get a little bit more out of him?”

Head coach Bill Belichick echoed those sentiments, saying removing the fullback position from the Patriots’ offensive structure — as they did when Develin broke his leg before the 2015 season — wasn’t a desirable avenue. Last season, only the San Francisco 49ers ran more plays out of “21” personnel (two backs, one tight end) than New England did.

“We have invested a lot in it,” Belichick said. “That?s why we had two fullbacks in training camp, and that?s why we had two fullbacks on the roster. Any time you lose two players at the same position, it?s tough to have the kind of depth to sustain that. There are some advantages that that grouping gives you if you can execute it and if you can be productive in it. We had run out of the normal options, and we?d looked at other options, and (Roberts) turned out to work out well. We didn?t know at the time how it was going to work out, but it?s worked out well, so it?s been good for us.”

The Patriots averaged 4.3 yards per carry with Roberts in the game last week, including rushes of 12 and 25 yards and Burkhead’s 1-yard touchdown run. Quarterback Tom Brady also went 3-for-3 for 23 yards and a touchdown off play-action with Roberts on the field, plus a successful two-point conversion.

After that game, Roberts said his playing style is predicated on running “through a mother(expletive)’s face,” regardless of which position he’s playing.

“If you have an extra blocker, you can double somebody and create some more space in there,” offensive line coach Dante Scarnecchia said, explaining the value of a fullback. “The fullback takes the guy that we’re not blocking with the line, which is usually, almost all of the time, a linebacker. You can isolate guys and give them a little bit more space in there, and it makes the backs’ job to read runs a little easier. … And I’m not saying our backs aren’t capable of that. I’m just saying it’s an easier job. So I think that helps us a lot.”

Nonexistent for much of the season, New England’s running game finally has found some momentum of late, with all three of its best rushing performances to date coming within the last four weeks. Roberts, who continues to log snaps on defense and special teams, lacks some of Develin’s power, polish and versatility, but he’s played an important role in that resurgence. 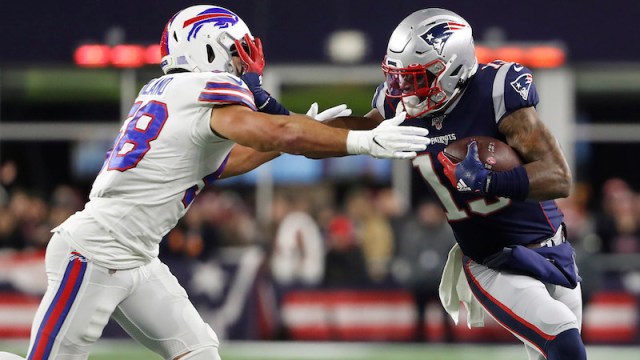 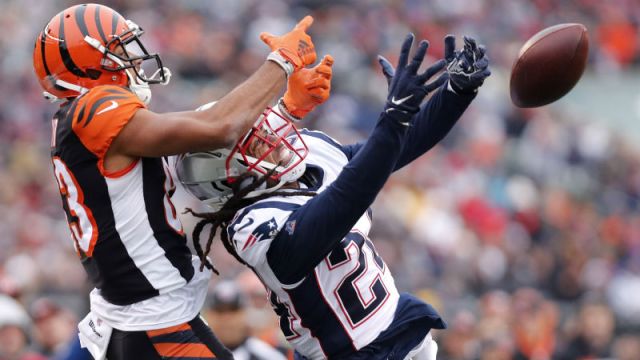