The New England Patriots have lost two AFC Championship Games and a Super Bowl since Harmon joined the team in 2013, but the woeful officiating that contributed to this latest defeat left a particularly poor taste in the veteran safety’s mouth.

“It’s obviously a tough pill to swallow, because obviously, we felt like we had some plays out there that were negated based off officiation by the officiating crew,” Harmon said after the game. “It’s just tough, because that?s a really good team, and obviously those plays and those touchdowns that we thought we had, we obviously could have used against a really good team like that.

“You can?t take anything away from Kansas City. They did a great job of creating a lead and being able to play from ahead. But we felt like we had a chance to win, and this one’s tough. This is probably one of the toughest losses.”

Patriots head coach Bill Belichick and special teams captain Matthew Slater refused to address the several borderline or blatantly missed calls that went against their team. Harmon did so willingly. He said the Patriots were robbed of two touchdowns in the narrow loss: one on a Stephon Gilmore fumble recovery that was blown dead prematurely and another when officials incorrectly ruled wide receiver N’Keal Harry had stepped out of bounds before crossing the goal line.

The Patriots were forced to burn their final coach’s challenge on Gilmore’s recovery — which the All-Pro corner said would have resulted in a touchdown if not for the early whistle — preventing them from challenging the Harry decision on the ensuing series.

“It sucks,” Harmon said. “Because at the end of the day, we felt like those were the plays that were going to help us — help us change the momentum of the game and eventually put us in a spot to win the football game — and it was taken away from us. I know the refs, they have a hard job. I?m not going to say that their job is easy — just make a better call and do this better —  but at the end of the day, we all have a job, and we all get paid money to do the job and do it well.”

Harmon was sure to note he wasn’t blaming the loss solely on Jerome Boger’s officiating crew, which also made a few dubious calls that went against Kansas City in an all-around disastrous effort by the men in stripes. The Patriots could have done more to help themselves, like not allowing a 48-yard touchdown pass to Mecole Hardman early in the second quarter or not failing to produce points on seven consecutive possessions.

But this was a game New England easily could have won had either of the two aforementioned plays been called correctly. The Patriots, who settled for a chip-shot field goal after the Harry ruling, cut a 16-points third-quarter deficit to seven and drove to Kansas City’s 5-yard line in the final minutes but couldn’t conjure up a game-tying score.

“I just feel empty, because obviously we played a good team, and we had a chance to win, and we didn’t win,” Harmon said. “I’m not going to sit here and just blame the refs, because the Chiefs probably feel some calls could have gone their way that didn’t go their way. But at the end of the day, when you’ve got two touchdowns taken away from you, it’s always a tough pill to swallow.” 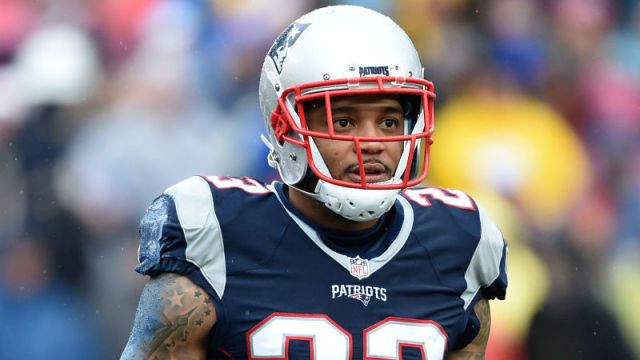 Did Patrick Chung Throw Shade At Refs With This Tweet After Chiefs-Patriots? 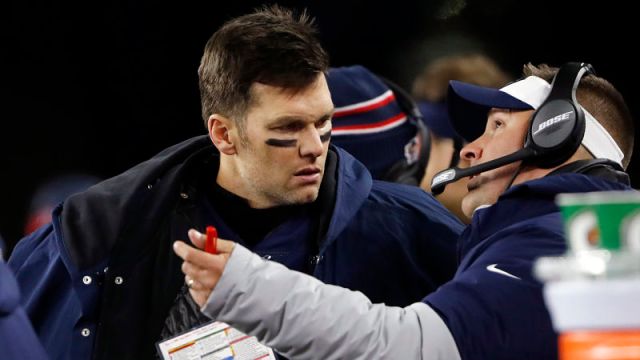