“I’m going to go get the biggest cheeseburger you’ve ever seen. The biggest one,” a beaming Reid said on NFL Network after his Kansas City Chiefs rallied from 10 points down Sunday night to beat the San Franciso 49ers 31-20 in Super Bowl LIV. “And it might even be a double.”

The coach and the MVP!@PatrickMahomes and Andy Reid join our crew after bringing the @Chiefs their first Super Bowl in 50 years!

Reid’s love of burgers and other greasy delicacies was the source of endless jokes during the leadup to Super Bowl LIV. But his players took the task of delivering the 61-year-old head coach his first Super Bowl ring seriously.

“It was amazing,” Super Bowl MVP Patrick Mahomes said in his postgame news conference. “It really was. I had two goals when I became the starting quarterback for the Kansas City Chiefs. My first goal was to win the Lamar Hunt Trophy (as AFC champion). I wanted to bring it home, the one that has our (franchise’s) founder’s name on it. I wanted to bring it to this family and this organization. And the second most important thing was to get Coach Reid a Super Bowl trophy.

“He’s one of the greatest coaches of all time. I don’t think he needed the Lombardi Trophy to prove that. But just to do that, it puts all doubt aside, and he’s going to be listed as one of the all-time great coaches in history whenever he wants to be done, which I hope isn’t anytime soon.”

Chiefs tight end Travis Kelce teared up when discussing Reid, whose only previous Super Bowl appearance as a head coach came in the 2004 Philadelphia Eagles’ loss to the New England Patriots.

“You see how hard that guy works and how personable he is,” Kelce said. “He acts like a father figure to everyone in the building, and you appreciate that. There are days where I see that guy’s car never move. You can see how much work he puts in to get us in the right position and opportunities to succeed. I’m forever grateful for that — to live my life, have a paycheck and be able to eat because this guy puts his heart into what he does. I’m forever thankful for how hard he works and for giving me the opportunity to play here in Kansas City.”

The championship also was the first in 50 years for the Chiefs franchise, which appeared in two of the first four Super Bowls but hadn’t been back since. 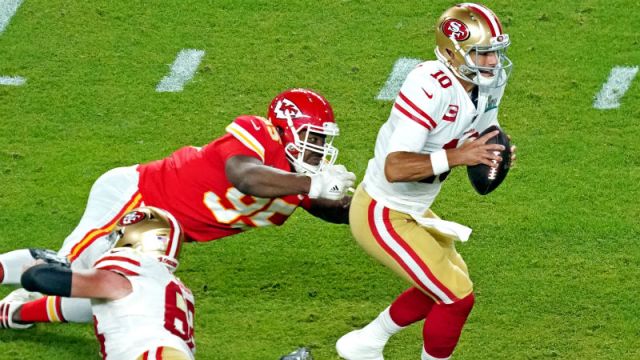 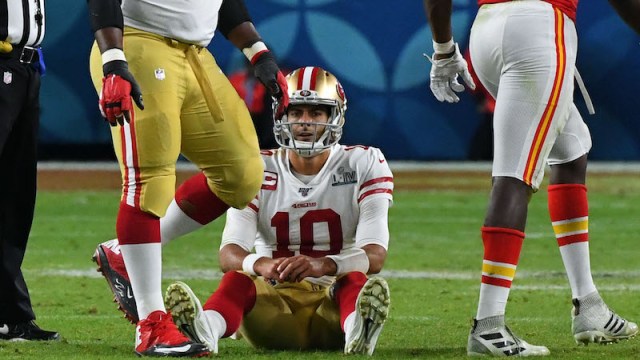 What Did We Learn About Jimmy Garoppolo In 49ers’ Super Bowl Loss?