Sick and tired of all of the rumors and speculation surrounding New England Patriots quarterback Tom Brady?

We’re getting there too. You’ve come to the perfect place because Patriots fans have plenty of burning questions unrelated to Brady and his next destination as an upcoming free agent.

Let’s get right into this week’s mailbag to answer them.

This is not a ranking from best player to worst player. It’s, as EJ requested, in order of fit. So, without further ado:

Olsen will be 35 years old this season, but he’s probably the closest among this group to being a complete tight end. Witten is also a complete tight end, but he’ll be even older at 38 years old in 2020. Henry and Hooper are definitely more receiving threats than blockers but have the most potential. Eifert has had a ton of trouble staying healthy throughout his NFL career.

Hollister is undersized, Fells has limited upside and Ebron is essentially just a big receiver.

Signing Olsen and drafting a tight end would make a ton of sense to bolster the position. Olsen could improve the position in the present, and the Patriots could prepare for the future by adding a rookie.

@Mystikpeach64
I thought Brady’s Hulu commercial Meant that he is coming back to New England?
I don’t blame you for thinking that! Tom Brady was standing in Gillette Stadium and saying, “And me? I’m not going anywhere.” Slightly deceiving.

But the message was supposed to be that Brady isn’t retiring. Except we already knew that because Brady had already said it.

I think the lesson here is to not read too deeply into commercials, but it was a little misleading for Patriots fans.

Ultimately, I still think he comes back.

@TomEffinBradyx6
WR… draft or FA
Probably both, and maybe throw a trade in there, as well. I can’t picture the Patriots selecting another wide receiver in the first round, but I could totally imagine them drafting one in the third round. (The Patriots don’t have a pick in the second round as of now.)

If the season started tomorrow, the Patriots would be OK at the position with Julian Edelman, Mohamed Sanu, N’Keal Harry, Jakobi Meyers and Gunner Olszewski. But they could use another sure thing and some more potential at the position.

@AublanNRMsports
#maildoug who will be the Pats starting QB week 1 of the 2020 season?
Brady.

If Brady doesn’t return, then it’s almost impossible to predict.

@LennyH1013
Who do you expect to make a bigger leap in their 2nd year Harry or Meyers?
That’s actually a really good question.

Harry, a 2019 first-round pick, clearly comes with a higher pedigree and more upside based on his size and athleticism. But Meyers, a 2019 undrafted free agent, might be a better fit for the Patriots’ offense given his versatility and quickness.

Meyers had more yards per catch, per game, per target and per route run. He also had more yards after catch per reception. They both finished with 1.7 receptions per game.

But as far as who will make the bigger leap? Probably Harry based on how far behind he was as a rookie after missing half of the season on injured reserve. Meyers was far more developed and therefore has a smaller leap to make.

@Electrici_Ty
Doug, how is Skeeter doing? And Patti Mayonnaise?
Skeeter’s doing well. He’s working in Silicon Valley in the tech industry. I lost touch with Patti after high school.

@incredelman11
Which position do you think the Patriots are most likely to target in the first round?
Tight end or linebacker.

Do you care to comment on the opinions of some national prognosticators ready to put Mahomes in the Legendary QB category or declare a new Chiefs Dynasty before we have played a snap in 2021? pic.twitter.com/baDdikFa6Y

I guess that graphic from CBS? Where do we start with that list?

Maybe with Patrick Mahomes ranked over the next six guys on that list plus many below that?

Also, uh, what’s up with No. 10? Eli Manning is legendary and Troy Aikman is not? Nos. 10 through 18 appear to be completely randomly ordered. Warner is also drastically overrated.

@JimGilhooly1957
Brady has taken discounts in the past to help team sign players. Why now is he looking for top-tier QB money? #MailDoug
I don’t think we necessarily know that he is at this point.

@SharpieClown
You like Lynn Bowden Jr. as a potential Edelman apprentice? Jules is not getting any younger and is starting to show some wear and tear…
I’m not even going to lie, I knew nothing about him before this question. Now I’m ready to take him in the first round.

Bowden played wide receiver before being thrust into a starting role at quarterback in 2019. He ran for 1,468 yards with 13 touchdowns, caught 30 passes for 348 yards and completed 47.3 percent of his passes for 403 yards with three touchdowns and three interceptions.

@buttermybizkit
When are the Pats getting new unis #maildoug
My guess is after the Bill Belichick/Brady dynasty is over. My prediction is they’ll essentially be the Patriots’ color rush uniforms but red, instead of blue, a with a white updated Pat Patriot helmet.

@bruinsgirl33
If you had to pick a preferred/favorite color of green or red, which one would you pick? (Can’t say both!) #MailDoug
Green.

@RommelRoo
Do you think Patriots will give Caserio the GM title to help keep him around in next several years?
I think it’s in their best interest to do whatever they can to keep him around, but if the right opportunity comes available after the draft, I wouldn’t be shocked if he left.

@MarkJohnBennett
With no second round pick, do you think it’s likely the Patriots trade down out of the first round?
I don’t think they should, but they certainly could.

@KavanSingh72
How is your day going?
It’s good! I’m still slightly tired from Super Bowl week, I’m not going to lie. But I got a lot of work done, took my daughter to Costco with my parents (have to take advantage of their membership), and then she napped! Napping is a minor miracle at her current age.

Also, how great and inexpensive is the Costco food court? I don’t think the prices have changed since I was 8 years old. A slice of pizza is $2 (and it’s good!). A churro is $1. A hot dog and a fountain drink are $1.50. A fountain drink alone is 65 cents. A sandwich or a salad is $3. Has Costco just forgotten to change the prices? Would no one eat at Costco is prices weren’t so low?

Clothes, by the way, are also really inexpensive at Costco, but I’ve never really taken advantage of those deals.

@tneto1557
In your opinion, Do you think the patriots would take a QB in the first round? If so, could you see them trading up for one?
I think it’s possible, but I don’t believe it’s smart unless someone like Tua Tagovailoa or Justin Herbert falls to them late in the first round. I’m not convinced that the second tier of quarterbacks are better than Jarrett Stidham. 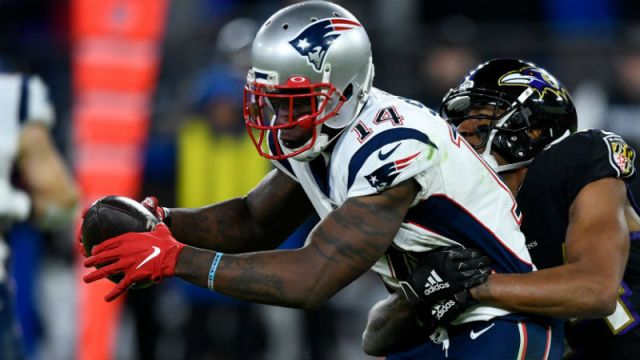 Patriots Offseason Outlook: What Needs To Be Done At Wide Receiver? 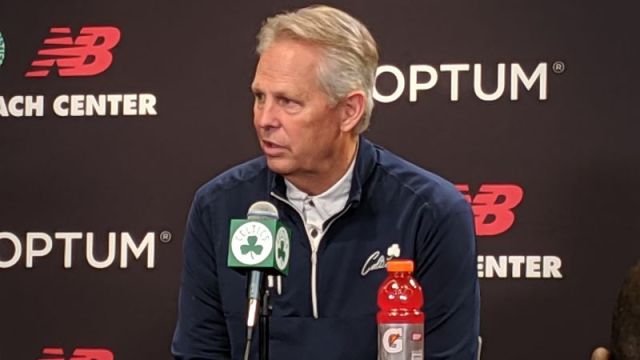 Celtics Quiet Yet Again At Deadline; Danny Ainge Claims ‘No Good Deals To Be Made’