How Will Tom Brady Fit In With Buccaneers After Leaving Patriots? - NESN.com Skip to content

Tom Brady wanted weapons. Well, now he has them.

Evans and Godwin both surpassed 1,000 yards last season, with the former catching 67 passes for 1,157 yards and eight touchdowns in 13 games and the latter posting a dynamite 86-1,333-9 line in 14 appearances. Godwin ranked third in the NFL in receiving yards. Evans was fifth in yards per catch (17.6) and has topped 1,000 yards in all six of his pro seasons.

They are, without a whiff of hyperbole, two of the very best in the NFL at their position and easily the most dangerous wideout duo Brady has played with since the days of Randy Moss and Wes Welker. (No. 3 receiver Breshad Perriman also revived his career with a 645-yard, six-score season for the Bucs, but he’s a free agent and is not expected to re-sign.)

At tight end, Tampa Bay has O.J. Howard — long rumored as a potential Patriots trade target — and Cameron Brate, both of whom have been reasonably effective pass-catchers at different points in their careers. There’s no Rob Gronkowski in this group, but both are better than anyone New England trotted out in 2019, and Brady’s affinity for targeting tight ends should result in an uptick in production.

Brady also will be playing behind an underrated offensive line — Pro Football Focus ranked it as the NFL’s seventh-best last season — alongside a decent young running back in Ronald Jones (4.2 yards per carry, 31 catches for 309 yards in 2019) and for a creative, laid-back, offensive-minded head coach in Bruce Arians.

Arians is known for his work with quarterbacks, with a list of previous pupils that includes Peyton Manning, Ben Roethlisberger, Andrew Luck and Carson Palmer. His deep ball-heavy offense is quite different from the system Brady thrived in for two decades in New England, but Arians is a flexible play-caller who will alter his scheme to suit his QB’s needs/preferences. Brady had an adjusted completion percentage of just 41.9 percent on deep passes in 2019, according to Pro Football Focus, but did post a 102.1 passer rating on those throws.

A report last week also indicated Arians and the Bucs are willing to give Brady a say in areas like roster construction — freedom he certainly did not have while playing under Bill Belichick.

As currently constructed, here’s how Tampa Bay’s group of skill players compares to the one Brady played with last season:

Expect the Bucs to add to those groups in the coming weeks. They could mine this year’s uber-talented draft class for a new third receiver to complement Evans and Godwin. Bringing in a pass-catching back in the White/Shane Vereen mold would help, too. And there’s always the possibility of a Brady-Antonio Brown reunion.

Tampa Bay went 7-9 last season, but that was with Jameis Winston tossing a league-high 30 interceptions, including an unbelievable seven pick-sixes. The Bucs’ overworked defense, led by NFL sacks leader Shaquil Barrett, quietly climbed from 32nd to fifth in DVOA last season, and six of their nine losses came in one-score games, two of which went to overtime.

Add Brady, who’s thrown 29 interceptions over the last four seasons, to that mix, and you should have a team primed to contend in the NFC. One important variable to consider, though, is the ongoing COVID-19 pandemic and the steps the NFL has taken to combat it. Offseason programs will not begin on schedule, the league announced Monday. And with the CDC discouraging gatherings of 50-plus people for at least the next eight weeks, it could be months before Brady gets a chance to practice or even shake hands with his new teammates and coaches.

For a quarterback as particular about his craft as this one is, that delay could be significant.

A few other notes on Brady’s next chapter:

— No Patriots-Bucs games on the schedule this season, so the only way Brady could square off against his old team is if both teams reach Super Bowl LV — which, by the way, will be played in Tampa. The Bucs are scheduled to visit Gillette Stadium in 2021.

— The Bucs have not reached the playoff since 2007, and it’s safe to call them one of the teams with the lowest national appeal. Over the last 10 seasons, they have played just six non-Thursday primetime games — one on Saturday night, one on Sunday night and four on Monday night. Brady’s presence will elevate the profile of that franchise to a level it hasn’t seen since the Tony Dungy era. 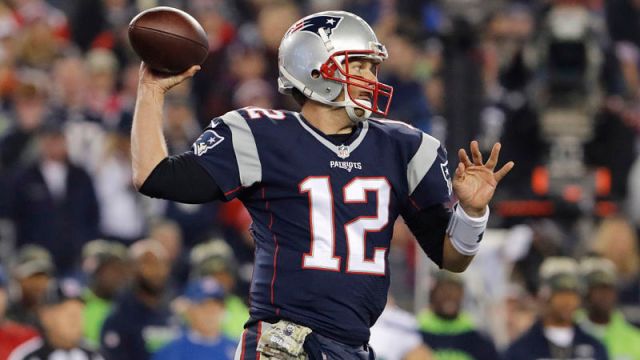 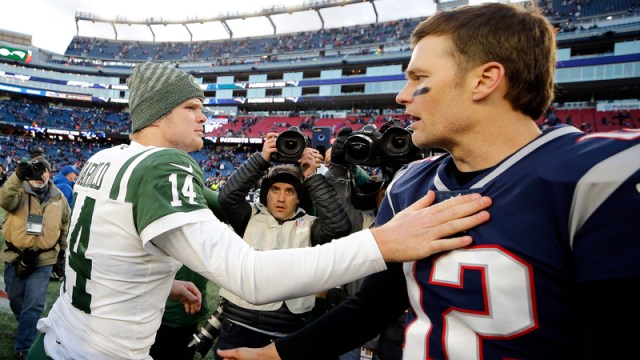