Tom Brady is leaving New England. But is he going to a better offensive unit? One Hall of Famer says yes — and according to him, it’s not even close.

Brady announced an end to his 20-year stint with the New England Patriots on Tuesday. The six-time Super Bowl champ reportedly is headed to the Tampa Bay Buccaneers, where he’ll join a number of offensive weapons.

In case anyone needs a reminder, the Buccaneers have wide receivers Breshad Perriman and Chris Godwin, who have amassed career totals of 1,561 and 2,700 yards, respectively. Godwin had 1,333 yards last season alone. Meanwhile, the team has Cameron Brate at tight end, who’s amassed 2,156 yards in his five-year career. O.J. Howard is next in line with 1,456 career yards.

Given Brady’s style of play and the Buccaneers’ slew of offensive weapons, Shannon Sharpe explained Thursday on “Undisputed” why Brady may have secured a serious upgrade.

“Tom loves throwing to the tight ends,” Sharpe said. “Some of Tom?s best years is when he had those two tight end sets going in New England and we know what he was able to do with Gronk.

“Now, I?m not saying any of these guys have the ability to be Gronk. But when you have two guys outside that can stretch the field, you have two guys that can work the middle of the field, Tom Brady, he went basically from Hell to Heaven as far as offensive weapons going from New England to Tampa Bay.”

.@ShannonSharpe: Tom Brady went from basically hell to heaven as far as offensive weapons. This is the best group of pure WRs he's ever had. pic.twitter.com/wLsThjH7Yn

Of course, Brady will need to finalize the official deal with his contract, which has been held up due to unforeseen circumstances, before he can throw to anyone. But once it’s squared away, there’s no doubt New England fans will take up a sudden interest in Tampa Bay to watch their former quarterback. 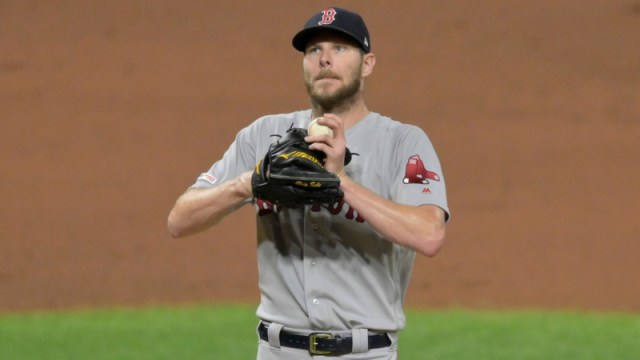