The Boston Red Sox walked off with a win Thursday … on “MLB The Show.”

The Red Sox’s Triple-A Affiliate held a special Opening Day on the video game to replace the originally scheduled game at McCoy Stadium on Thursday.

And it turned out to be a high-scoring classic of sorts.

Eduardo Rodriguez took the mound for the Red Sox in this one. The first gigantic hit came from Xander Bogaerts, who smashed a ball with two men on base over the Green Monster to give the Red Sox a 4-2 lead in the third inning.

Boston carried in a 6-4 edge over the PawSox into the ninth, allowing closer Brandon Workman to enter the game. PawSox shortstop C.J. Chatham got a pitch up and in to send it over the Green Monster to cut the Red Sox’s lead to one.

Pawtucket  wasn’t done in its hopes of completing the comeback as a number of solid base hits tied up the ball game and gave it a bases-loaded situation with no men out. Marco Hernandez pulled off a safety squeeze attempt to take the lead for the PawSox in the ninth before adding one more run heading into the bottom of the frame.

Two consecutive batters got on base for the Red Sox. Rafael Devers would be the next — and final — man up as he unloaded on a fastball up and in by Domingo Tapia to walk the Red Sox off with a 9-8 win.

While this may not have been the form of baseball fans wanted to see Thursday, you can’t help but appreciate an entertaining game between the major league and Triple-A affiliate squads. 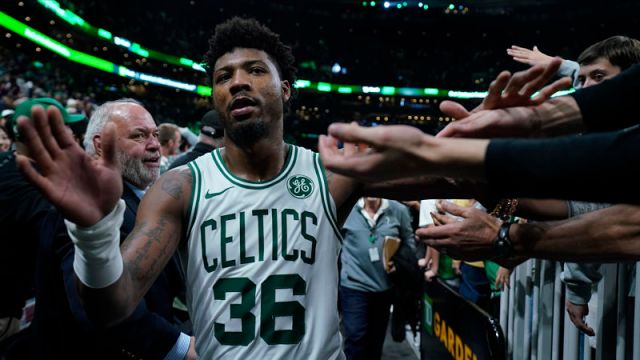