Each day over the next few weeks, we?ll look back on one of Brady?s best moments, counting down from No. 20 to No. 1. Now, let’s relive his No. 8 Moment: Leading the Patriots to a win over the Carolina Panthers in Super Bowl XXXVIII, marking New England’s second title in three years.

The legacy of Tom Brady began to grow larger in the 2003 season.

On their way to becoming one of the greatest dynasties in sports, the New England Patriots faced off with the Carolina Panthers in Super Bowl XXXVIII. It was yet another situation where Brady had to set up the Patriots for a last-second win, and again he rose to the challenge, leading New England to its second title in three years.

Brady threw for 354 yards and three touchdowns, but of course, it was his final drive that displayed his signature clutch gene. With a minute to go. Brady made the necessary throws, connecting with Troy Brown three times and Daniel Graham once before finding Deion Branch for the perfect field position.

Adam Vinatieri then drilled another clutch field goal to crown the Patriots, adding another accolade to the long list Brady eventually would compile.

Brady would go on to win four more titles with the Patriots, becoming the winningest player in NFL history. But each championship moment from Brady will live on forever in the hearts of New England fans. 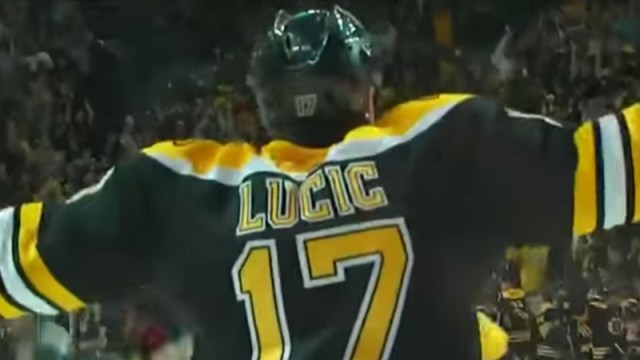