Dale Earnhardt Jr. on Tuesday got the best call a NASCAR driver can get.

The racing legend learned he will be inducted in the NASCAR Hall of Fame next year, alongside Mike Stefanik and Red Farmer. Earnhardt got the news while recording an episode of of his “Dale Jr. Download” podcast, which also airs on TV. Thankfully, the cameras were rolling when Earnhardt found out he would be a NASCAR Hall of Famer.

Check out his emotional reaction in the video below:

"I won't ever take it for granted, the opportunity to be inducted into the Hall of Fame." – an emotional @DaleJr moments after being selected into the @NASCARHall.

Doesn’t get any better than that.

Earnhardt is more than deserving of induction into the NASCAR Hall of Fame. In addition to being a great, successful driver, Earnhardt is among the most popular and important stars NASCAR ever has seen, as well an incredible ambassador for the sport. 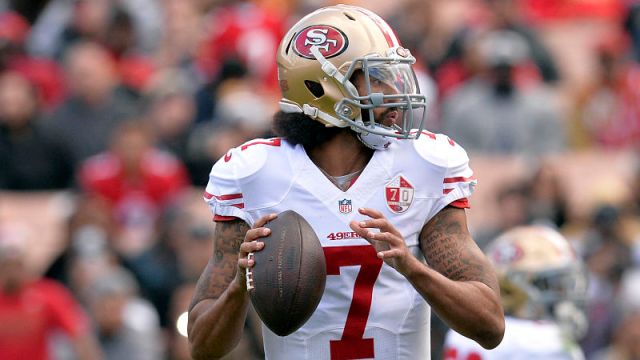 What Devin McCourty Believes Needs To Happen Next With Colin Kaepernick, NFL