The WNBA’s 2020 season will be one for the history books, to say the least.

Thanks to COVID-19, the league has shortened its regular-season schedule for the year from 36 to 22 games after the pandemic delayed the start by more than two months. As a result, the 2020 campaign will be played in its entirety at IMG Academy in Bradenton, Fla., with play officially beginning Saturday at 12 p.m. ET.

Pandemic or not, the Sun are in for one heck of a season. Connecticut has just six returning players on its roster following its run to the WNBA finals in 2019, making the team’s mission in 2020 all the more difficult. So, of course, there are plenty of questions surrounding the team as it prepares to kick off its regular season slate Sunday afternoon, many of which have yet to be answered.

Here are five of the biggest questions facing the Sun ahead of the 2020 season:

1. Who will fill Jonquel Jones’ shoes?
The loss of Jonquel Jones might only be temporary, but it’ll be a steep hill to climb nonetheless.

On June 22, Jones announced her decision to forgo the 2020 season “to focus on personal, social, and familial growth.” The 6-foot-6 center perhaps has been one of the most productive players for Connecticut, especially in 2019. Jones was dominant on both ends of the court, averaging 13.9 points and 9.7 rebounds (including 6.4 on the defensive end) per game and putting together more than a dozen double-doubles, to boot.

Cleary, the Sun have some pretty big shoes to fill. But with the addition of former WNBA champions like DeWanna Bonner, Briann January and Kaleena Mosqueda-Lewis, Connecticut should have plenty of talent to work with.

2. What will the Sun’s new starting five look like?
As if Jones’ decision to opt-out of the season wasn’t enough, Connecticut has two additional holes in its starting five.

Two of the Sun’s most explosive starters in 2019, Shekinna Stricklen and Courtney Williams, joined the Atlanta Dream in February. This left a gaping hole in the starting five, further complicated by Jones’ decision to opt-out, with only Jasmine and Alyssa Thomas remaining.

Luckily, Connecticut has plenty of talent to work with.

The addition of former WNBA champs like Bonner, January and Mosqueda-Lewis, as noted above, will give the Sun an extra edge as they look to revamp themselves. Bench players like Natisha Hiedeman, Brionna Jones and Bria Holmes, who played pivotal roles in the team’s run to the Finals last season, could see increased roles, as well.

But just who will earn a spot in Sun’s starting five, whether it be three players or more, remains to be seen.

Bonner, 32, earned two WNBA titles and three All-Star nods in 10 seasons with the Mercury. But Phoenix traded the 6-foot-4 forward to Connecticut on Feb. 11 in exchange for three draft picks, ending their decade-long relationship.

Now, Bonner hopes to give the Sun an “extra push” as they seek their first-ever WNBA title, noting the team is “gelling and looking good” ahead of the season. But will she be successful?

4. How will COVID-19 impact the roster?
The coronavirus already hasn’t been kind to the Sun’s small roster, and there’s a chance it could strike again at any moment.

January and Hiedeman tested positive for COVID-19 prior to traveling down to IMG Academy for the league’s abbreviated season. January, in fact, returned six negative tests before her first positive on the seventh. Hiedeman since has joined the team in Bradenton.

But their absences, however brief, likely won’t be the last the team will see due to COVID-19.

5. Can the Sun finally claim its first-ever WNBA title?
This likely isn’t the first time you’ve heard this question, and it likely won’t be the last, either.

Connecticut got mighty close to nabbing its first championship in October, but fell one game shy of winning it all in an epic five-game battle against the Washington Mystics. Now the team is back at square one, and with a much different feel, too. The season is much shorter than normal, the Sun’s roster has been completely flipped upside down and the coronavirus has put the league in a precarious position should an outbreak occur on campus during the season. So to say the Sun has a challenge ahead of them is an understatement.

But do they have what it takes to be the WNBA’s top team in 2020, even amid a pandemic? Only time will tell. 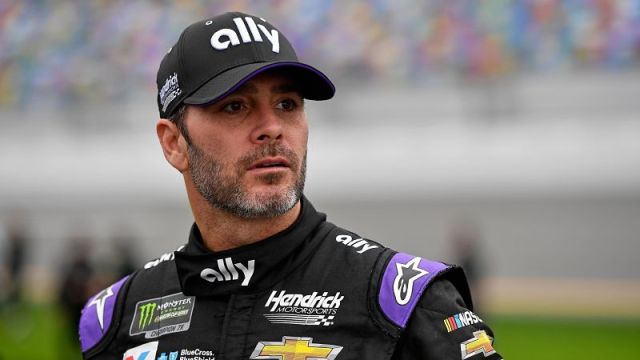 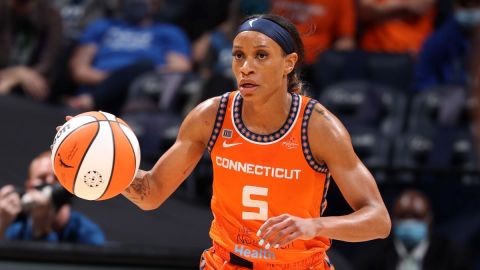 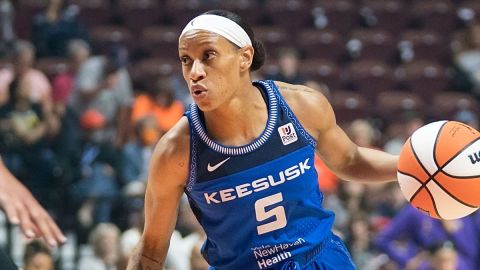 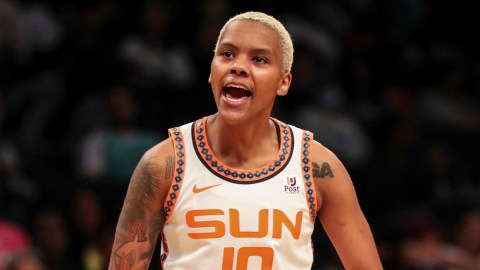