Chadwick Boseman, an American actor known for his role in “Black Panther,” died Friday after a battle with colon cancer.

Boseman left his mark on the Marvel community, and the same can be said about the baseball world as he also played the role of Jackie Robinson in the 2013 film, “42.”

The league released a statement shortly after Boseman’s death was confirmed, saying it was “devastated by the tragic loss.”

Tom Brady Believes This Player Is Among ‘Most Underrated’ In NFL 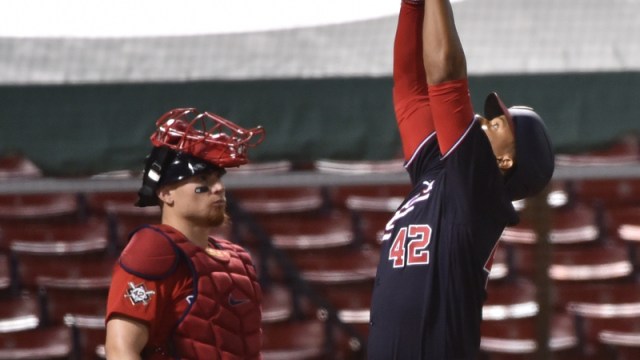