David Krejci, like all of us, can’t tell the future. And he’s unsure how much time is left for the Bruins’ core group.

Krejci, Patrice Bergeron, Brad Marchand and Tuukka Rask all are over 30 and won a Stanley Cup together in 2011. Zdeno Chara, of course, is the oldest at 43 and hasn’t made a decision about his future.

Then there’s Torey Krug, becomes an unrestricted free agent once the Stanley Cup Playoffs come to a close.

And after Boston’s 3-2 double-overtime loss to the Tampa Bay Lightning to bounce it from the NHL bubble, Krejci visibly was emotional and looked quite dejected, holding his head down through most of his Zoom press conference.

“It just kind of hit me after the game that the core group, a few of us, we have one or two, three years left,” he said. “With the pandemic going on, you never know what’s going to happen. So, it’s just kind of –- I just got a little sad right now. At the same time, I don’t regret coming into this bubble and fighting for the Stanley Cup. If I would have to do it again, I would.”

Bruins’ Zdeno Chara Unsure Of Future, Will Be ‘Open-Minded’ With Decision

There is a lot of uncertainty surrounding the B’s as they head into the 2020-21 season. For one, it’s unclear when those games even will start. It’s unclear what the roster will look like and if the window has closed for this core group to win another Stanley Cup.

It’s also been on Patrice Bergeron’s mind, as well.

“Yeah, it’s definitely something that crossed my mind,” he said during his Zoom postgame press conference. “You never want this to happen and obviously, see what happens I guess going forward. Obviously wish that everyone is coming back and we can have another chance at it. It’s always a pleasure and a treat when you’re going out there with guys that you’ve been around for 10-plus years. You’d like to keep that and carry that, and keep going. Keep going with them. Obviously, lots of very great young players as well that are on the rise and we should be excited about. But you’re right that, it’s a fact.”

Bruce Cassidy, for one, thought his Bruins were the better team during the second round series.

“Yeah, this team is resilient,” he said on Zoom. “We’re disappointed. We thought we were the better team tonight and we wanted to play on. We put ourselves in a hole obviously, but felt we played well enough to win tonight, get it to game six and then see what happens from there. They’re a good team too. They know how to win, they’ve done it a lot in overtime this season, and they made one more play than we did.”

It certainly will be interesting to see what the Bruins look like next season.

Here are some other notes from Tuesday’s Bruins-Lightning Game 5:

— Did B’s fans see Krug’s final game in the eight-spoked B?

The defenseman will be an unrestricted free agent once a Stanley Cup champ is crowned. And it’s unclear whether Krug will return. But he earned some high praise from his team after the game.

“Torey is a great player. He always has your back,” Krejci said. “We definitely don’t want to see him leave. A great friend. I can’t say enough about that guy.”

— Chara also will be a UFA when the playoffs come to a close. But he also garnered the highest of compliments from his teammates.

“He’s one of the best defensemen, best players to ever play the game,” Marchand said. “Like I said, it’s been a real honor to play with him. We have no idea what’s going to happen but he’s an incredible teammate and captain and leader and I don’t have enough good things to say about him.”

— Charlie McAvoy took a hard hit from Cedric Paquette in the third period.

The defenseman went hard into the boards and had to be helped off the ice. McAvoy fortunately returned to the bench, but there was no penalty on the play.

“We had hoped there’d be something there, but there wasn’t, so not our series to get those calls, but at the end of the day we did have a power play late in the game, third period, so we had an opportunity to win it on the power play, unfortunately weren’t able to generate enough,” Cassidy said. “But yeah, I would hope something came up, but it didn’t. We saw that hit on (Karson) Kuhlman too the other day, nothing happened, so that’s hockey some nights.”

— The Bruins were on a bit of a revenge tour after losing to the St. Louis Blues in Game 7 of the Stanley Cup Final in 2019.

But they came up short.

“Well obviously, we’re not advancing, we’re not even going to Game 6. So clearly we didn’t reach our goal. No argument there,” Cassidy said. “Why, we’ll dissect all that. I do believe with the turn of events with the pause, obviously stuff going on in the world bigger than hockey but once we got back here, it wasn’t the same as a normal season, it just wasn’t. So it’s not an excuse, I’m just telling you, personnel was different, who was healthy, who was not on a lot of different teams, the environment. And at the end of the day, it’s unfortunate it worked out that way for us in terms of our hockey season, but like I said, we were still grateful to be back to work, a lot of people aren’t, so our guys feel that in there, they got the opportunity to play for the Cup, we’re not going to get it this year, so I guess that’s on us we weren’t able to beat a very good Tampa team.”

— The Bruins now shift their focus to the offseason and will be able to go home and be with their families before getting back to it for the 2020-21 season.

Bruce Cassidy Reveals His Postgame Message For Bruins After Elimination 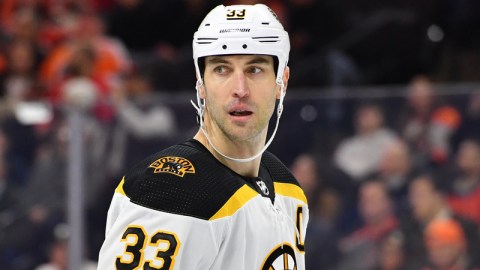 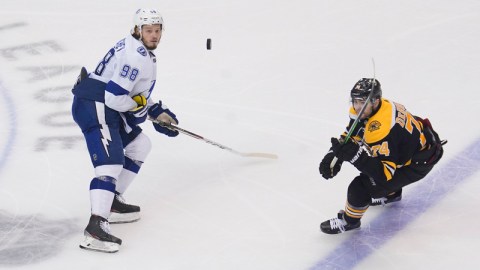 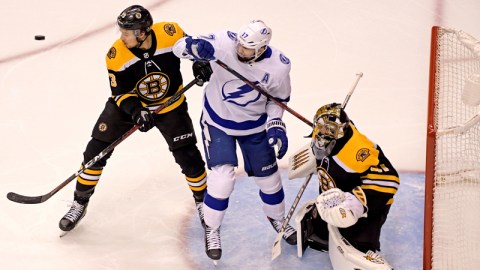 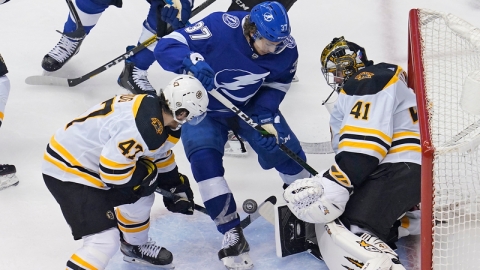