The Patriots opened their 2020 season on a high note.

New England on Sunday notched a 21-11 win over the Miami Dolphins at Gillette Stadium. The Patriots leaned on the rushing game to take down their AFC East rival, as they racked up 217 total yards on the ground in the Week 1 contest.

The Patriots’ running success, of course, couldn’t have come to fruition without strong offensive line play. Center David Andrews, who helped make for a great day from New England’s O-line, delivered a message to the Foxboro Faithful following the matchup held before an empty stadium.

“What’s up, Pats fans? Great first win. Really what we wanted to come out there and do. Miss having y’all here, but hopefully we get to see y’all soon. Go Pats.”

Sunday was a particularly special day for Andrews, who played in his first game since Super Bowl LIII after missing the entire 2019 season due to blood clots in his lungs. Cam Newton helped Andrews make the game even more memorable, as the new Patriots quarterback after his second rushing touchdown of the game gave the veteran center the football to spike.

Andrews and the Patriots will look to improve to 2-0 next Sunday when they visit the Seattle Seahawks for a primetime showdown. 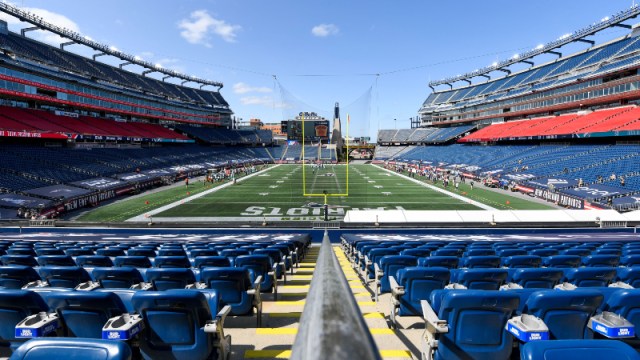 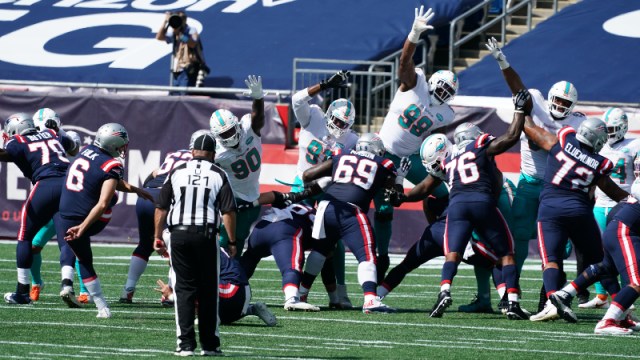