Yairo Munoz has been a pleasant surprise for the Boston Red Sox this month, but they suffered a scare with the utility man Thursday afternoon, who departed the 5-3 win over the Miami Marlins early.

After Munoz struck out on three pitches in the top of the fifth inning, he did not go out to play left field in the bottom half of the inning, with Tzu-Wei Lin replacing him.

During the at-bat, it didn’t appear anything was wrong with Munoz. But shortly after his exit, Guerin Austin reported on NESN that he had left the game with lower back spasms.

“Looks like on the right side,” Red Sox manager Ron Roenicke said after the game over Zoom. “Day-to-day right now, we’ll see how he is tomorrow when he comes in. I know the last time he had a little bit of a hip thing and he came back fast from it, so hopefully he’s not down too long.”

Munoz, who was playing in his 12th game with the Sox, finished his day 0-for-2, bringing his season batting average down to .333.

Here are some other notes from Thursday’s Red Sox-Marlins game:

— Nathan Eovaldi was simply stellar against Miami, delivering easily his best outing of the season.

The hard throwing right-hander pitched five scoreless innings, allowing just two hits with no walks and seven strikeouts. He had only thrown 76 pitches when he was pulled, but the Red Sox made clear they were exercising caution with Eovaldi, who was making just his second start since being activated from the injured list.

“I feel like I’m kind of picking up where I left off,” Eovaldi said following the game over Zoom. “My arm feels really good, my calf feels good.”

— The question now is: What’s next for Eovaldi this season?

Prior to Thursday’s start, Eovaldi expressed a desire to get the ball three more times before the season ended. That’s obviously a lofty goal, especially when the team likely will want to play things safe with him given their playoff hopes all but certainly have been crushed.

“I’m making the start against Baltimore (next week),” Eovaldi said.

— You’d never know the Red Sox were in the position they’re in if you only watched how Alex Verdugo played.

The young outfielder has yet to let off the gas in any capacity, and such remained the case Thursday. Verdugo went 3-for-4 with a run scored in Thursday’s win, and in doing so extended his hitting streak to seven games.

He also made a pretty impressive grab in right field.

— Kevin Plawecki has been used sparingly this season, but he’s made the most of his opportunities.

The backup backstop broke the scoreless tie in the sixth inning, concluding a great at-bat against Jose Urena with a missle of a single to left that scored a pair.

He finished his afternoon going 1-for-4, which upped his batting average to .317 for the season. Eovaldi also said he’s felt good throwing to Plawecki the last two times out, and that it was like they had thrown together for years.

— Rafael Devers blasted his 11th homer of the season, a 423-foot, three-run blast that put the Sox up 5-0 in the seventh inning.

— The Red Sox now return to Fenway Park for their final homestand of the season. They’ll start with a three-game set against the New York Yankees beginning Friday. 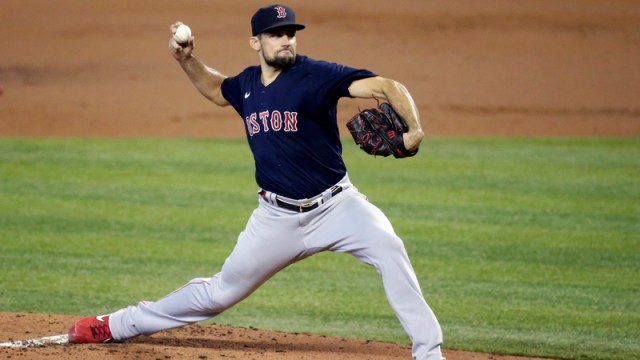 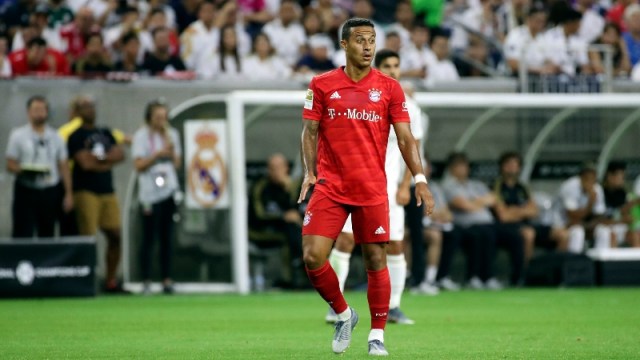