Kyle Dugger played 11 defensive snaps in his NFL debut. The next week, he played 34, plus a handful more on special teams.

Don’t be surprised if that number continues to rise. The New England Patriots might have something special in their versatile young safety.

Dugger, New England’s top pick in the 2020 NFL Draft (37th overall), was a defensive bright spot in his team’s 35-30 loss to the Seattle Seahawks this past Sunday, playing a variety of roles and showing serious potential as a pass rusher.

The Patriots primarily deployed Dugger as a strong safety, but he also saw snaps at linebacker, in the slot, as a wide corner against split-out running backs and as a deep safety in both single-high and Cover 2 looks.

According to Pro Football Focus, Dugger played 18 snaps in the box, seven in the slot, two out wide and seven at free safety (his main position in college). He also handled a variety of defensive responsibilities.

Dugger was one of three Patriots defensive backs (along with Devin McCourty and Joejuan Williams) tasked with covering tight end Greg Olsen man-to-man. He did so on seven snaps and was targeted just once, resulting in a 5-yard completion that was wiped out by an offensive holding penalty.

New England also blitzed Dugger six times — twice from safety and four times from a linebacker alignment. These plays allowed the Lenior-Rhyne product to showcase his most entertaining attribute: his ability to blast through blockers like a battering ram.

On his first pass-rushing opportunity, which came about four minutes into the second quarter, Dugger took on right guard Damien Lewis with such force that it nearly lifted the 327-pound lineman off his feet. Lewis staggered 4 yards backward, narrowly missing quarterback Russell Wilson. Wilson had to spin to avoid the hit and quickly was smothered by Dugger, Chase Winovich and Derek Rivers. (The sack was credited to Winovich and Rivers.)

Dugger also blew up running back Travis Homer on a separate blitz, muscled past center Ethan Pocic to drop Carlos Hyde for a short gain and knocked linebacker Jordyn Brooks on his keister while covering a late kickoff. He finished with six total tackles and earned a positive review from head coach Bill Belichick.

“I think Kyle did a good job,” Belichick said Monday. “He learns a lot every day, both in practice and in the games. He had a larger number of snaps (Sunday) night in the kicking game and on defense and did a lot of good things. There?s still obviously things that he?s learning about and will learn from and will improve the next time, but I think he?s tracking well.”

The Patriots have employed a large safety rotation to account for the offseason losses of Patrick Chung and Duron Harmon — and their deficiencies at linebacker — and the praise Dugger has received from his veteran teammates has been notable.

Last week, safety/linebacker Adrian Phillips compared him to Derwin James, the Los Angeles Chargers star who made the All-Pro first team as a rookie. Cornerback Stephon Gilmore said Dugger is “going to help us win some games this year.”

Dugger’s ability to quickly grasp concepts and learn the Patriots’ scheme, teammates say, is rare for a rookie — never mind one who jumped straight from a Division II program to the NFL. Jason McCourty, who’s played both cornerback and safety this season, noticed that talent early in New England’s virtual offseason program.

“It just shows you, hey, he’s studying, he cares, he wants to be here, he wants to make an impact,” McCourty said Tuesday. “And I think as training camp rolled around, you could see his athleticism. You could see his playmaking ability. Obviously, he’s a rookie, so we didn’t get any preseason games. So now, after this second game of the season, I think he’s a guy that we’ll see continue to get better as he gains more and more experience out there.”

Dugger will continue to accumulate experience as his debut season progresses. But the early returns have been resoundingly positive.

“I think as a secondary as a whole, we’re excited about him,” McCourty said. “We’re excited for him to continue to go out there and improve. And I think as he improves, it’ll help our defense improve. He’s a physical guy, he’s a big guy, and he’s a very good athlete, so I think the sky’s the limit.” 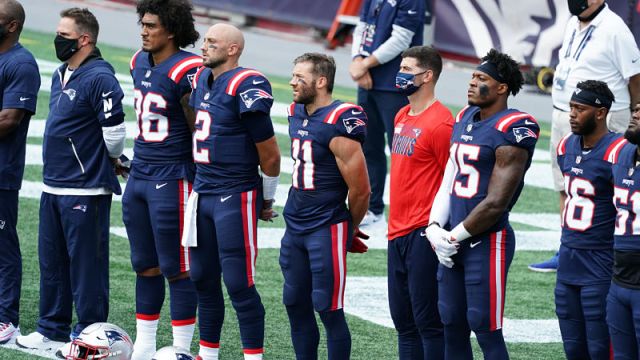 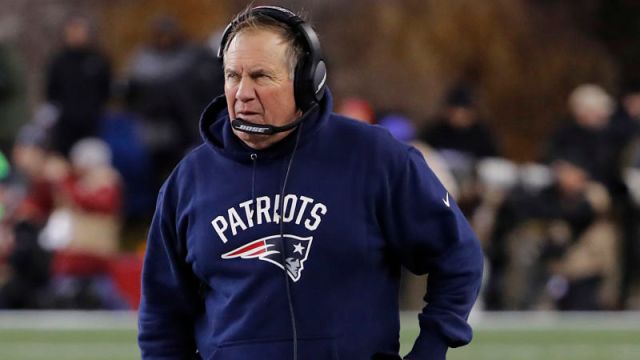