In most scenarios, the Falcons would relish a Todd Gurley touchdown.

But on Sunday, Gurley’s late trip to pay dirt paved the way for yet another inexplicable Atlanta loss.

Trailing the Detroit Lions 16-14 with just over one minute remaining in regulation, the Falcons were trying to kill clock in the red zone and set up for a potential game-winning field goal. In hopes of garnering another possession, the Lions’ defense played possum as Gurley took a 1st-and-goal handoff from Detroit’s 10-yard line.

The veteran back burst through the trenches but was unable to keep himself from crossing the goal line, which gave the visitors the ball back with some time to work with.

Gurley’s mental lapse proved to be costly, as the Lions quickly marched down the field and scored a go-ahead touchdown as time expired. Matthew Stafford connected with tight end T.J. Hockensen for an 11-yard score.

It was a tough pill to swallow for the Falcons, as well as those who bet on Atlanta. Matt Ryan and Co. looked as though they were going to cover the 2-point spread — per consensus data — when Gurley crossed the plane, but Stafford and the Lions ultimately had other ideas.

As you can imagine, bettors sounded off on Twitter.

The Falcons will be tasked with trying to bounce back on a short schedule. Atlanta will visit the Carolina Panthers on Thursday night for an NFC South showdown.

Of Course Arthur Blank Was On Sidelines For Falcons’ Meltdown Vs. Lions 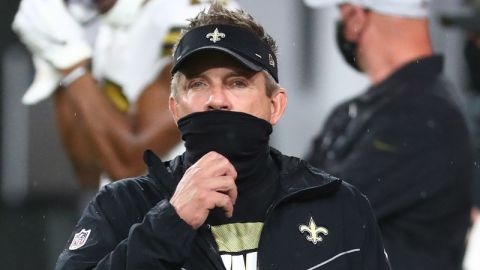