Patriots Practice Notes: Who's Left At Receiver With Julian Edelman Out? - NESN.com Skip to content

FOXBORO, Mass. — The New England Patriots’ receiver corps took a blow Thursday with a source confirming to NESN.com that Julian Edelman will miss time after undergoing a procedure on his knee.

Damiere Byrd, Jakobi Meyers and Gunner Olszewski are the only remaining healthy wide receivers on the Patriots’ 53-man roster. The Patriots also have Isaiah Zuber, Kristian Wilkerson and Mason Kinsey on their practice squad.

Edelman leads the Patriots with 21 receptions for 315 yards this season.

Here are the stat lines for the Patriots’ remaining wide receivers:

It would not be surprising if Zuber and either Wilkerson or Kinsey were elevated from the practice squad for the Patriots’ Week 8 matchup with the Buffalo Bills. Zuber has played in three games this season. Wilkerson and Kinsey both are undrafted rookies who have yet to make their NFL debuts.

Byrd is first among Patriots wide receivers in snaps this season. Meyers led the Patriots with four catches for 60 yards in the Patriots’ 33-6 Week 7 loss to the San Francisco 49ers while filling in for Harry. Olszewski is inexperienced but looked like one of the team’s best receivers in training camp.

Byrd and Meyers likely will be the Patriots’ top two options at receiver Sunday against the Bills. It’s unclear how snaps will shake out between Olszewski and the practice squad players. The Patriots also could acquire a wide receiver before next week’s trade deadline.

Who Has Patriots’ Most Versatile Player Been So Far This Season? 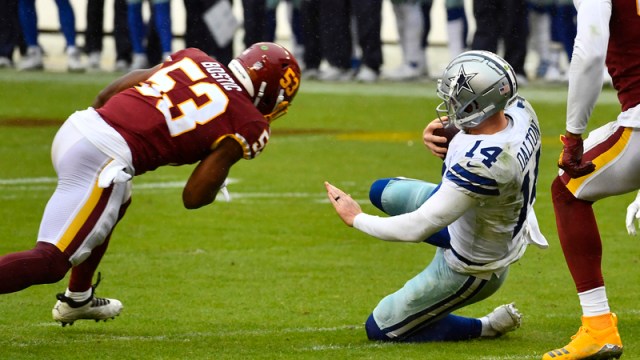 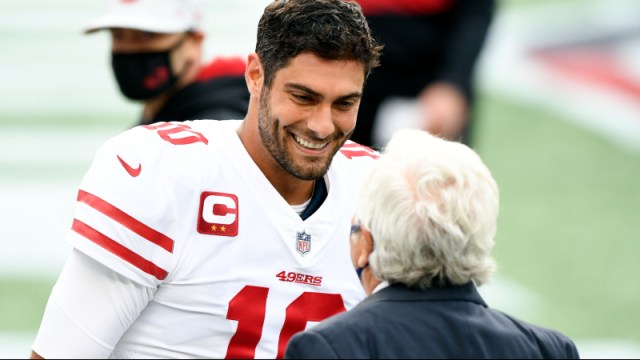