What Should We Make Of Bill Belichick's Quote About Patriots' N'Keal Harry? - NESN.com Skip to content

It took Belichick 130 words before he got around to discussing the 2019 first-round pick.

Here was the question on the second-year pro:

“N?Keal Harry has played quite a bit through the first five games, more than he did all of last season. What have you seen from him in the way he?s taken advantage of the expanded opportunity that he?s had this year?”

“As a team, we need more time on the practice field than we’ve had recently, so hopefully we’ll start getting that this week and that’ll be good for all of us. I think we all need to work on fundamentals and awareness and anticipation and things like that, so that’s true of every position. Obviously, in a passing game, quarterbacks, receivers, backs, tight ends, there’s a lot of that and we need it on defense, as well — defensive recognition. So, that’s something that we’re, I would say all, maybe not starting all over, but we need a lot of work on that. So, I think we’ve made some gains. But we need to do more on the field and hopefully we’ll be able to do that this week. So, that’s N’Keal, that’s everybody. He’s way ahead of where he was last year because he’s been on the field and he’s been practicing and there was a point in time where we had a lot of — strung together a lot of quality reps. We need to do that again.”

It would have been pretty easy for Belichick to simply compliment Harry’s progress this season without reinforcing the Patriots’ need to practice. He did it one question later when asked about wide receiver Damiere Byrd’s complete skill set.

“Damiere’s a smart kid that has good route-running ability and done a good job picking up our offense. He’s been productive. All of those things.“

So, what do we make of this?

One way to look at it is that Belichick isn’t happy with Harry’s progress. Harry has 18 catches for 166 yards with one touchdown in five games. He’s gone over 39 yards in only one game, and that was against the Seattle Seahawks’ struggling pass defense in Week 3, when Harry caught eight passes for 72 yards. Take out that performance, and Harry is averaging 2.5 catches and 23.5 yards per game. He was held catch-less Sunday in the Patriots’ 18-12 loss to the Denver Broncos.

A more optimistic way to analyze Belichick’s answer is that the Patriots head coach is defending Harry and reinforcing a second-year player’s need for practice. Sure, Harry didn’t catch a pass last week. But he’s also played just 12 career games and barely practiced over the last two weeks. Maybe Belichick believes everyone needs to cut Harry some slack over his lack of production.

Quotes on Harry have run hot and cold since the start of training camp. The 2019 32nd overall pick hasn’t lived up to his first-round billing through 12 career games, though he did show some tepid flashes against the Seahawks.

The Patriots have one of the NFL’s weakest pass-catching groups and are 25th in the NFL in passing yards per game. If the Patriots don’t acquire another pass catcher before the Nov. 3 NFL trade deadline, then they’ll need Harry — or another receiver — to step up. 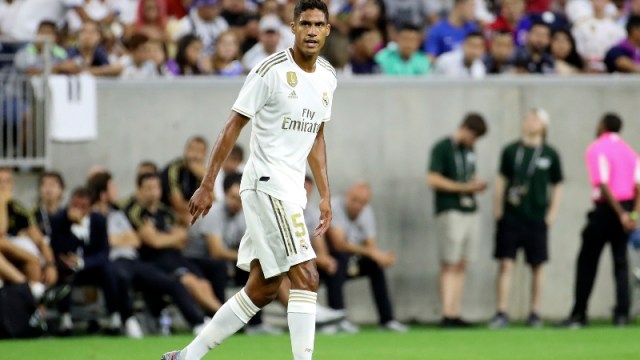 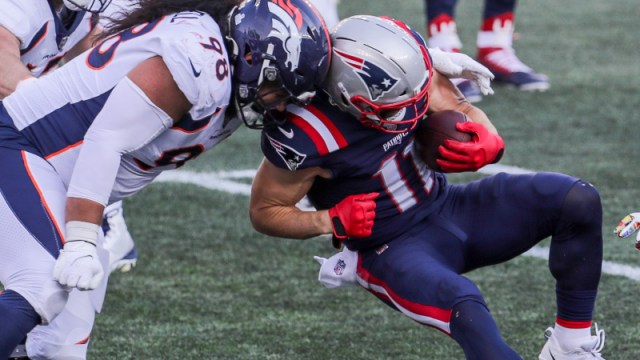