What Mookie Betts Had To Say After Dodgers Win World Series Vs. Rays - NESN.com Skip to content

Mookie Betts has won a second World Series championship, doing so in his first season with the Los Angeles Dodgers.

Betts and the Dodgers claimed the 2020 title on Tuesday by defeating the Tampa Bay Rays in the best-of-seven series. Betts himself hit an eighth-inning home run to give the Dodgers a 3-1 lead, which ended up being the final verdict.

Betts also scored the eventual game-winning run in the sixth inning, scoring on a fielder’s choice after stroking a double earlier in the frame.

Betts, the former Boston Red Sox outfielder, was overjoyed to help lift the Dodgers to their long-awaited title, as seen on FOX’s postgame coverage.

“Yeah, from Day 1, you know, these guys have been in the postseason so many times. I just came to be apart of it,” Betts said. “I was happy I could contribute.”

Betts was asked about the Dodgers coming alive in the sixth inning, as they scored two runs to take the lead, after Rays pitcher Blake Snell was pulled from the game. Snell was dealing and had struck out Betts twice earlier in the game. The left-hander allowed just one hit before a one-out single to Austin Barnes, which resulted in him being taken out.

“I mean, I’m not exactly sure why. I’m not going to ask any questions,” Betts told FOX in regards to the Rays’ decision to pull Snell. “But he was pitching a great game. Barnesy led it off with a hit right there and it gave us a chance to do something and they made a pitching change and it seemed like that’s all we needed.”

The moment of the night for Betts, though, was his solo shot in the eighth. It gave the Dodgers a much-appreciated insurance run, and brought Betts back to his first World Series win with the Red Sox in 2018. As you may recall, Betts knocked a homer in the close-out game.

“It felt amazing,” Betts told FOX. “… We’re up 2-1 right there, we need to scratch across another run, felt like we were one swing of the bat away, I did, and (closer) Julio (Urias) did his thing.”

Betts now has his second ring since 2018. 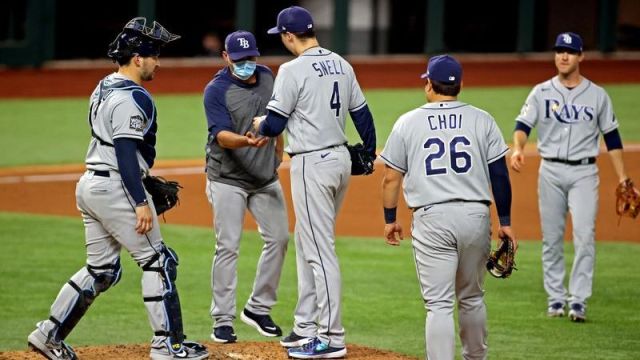 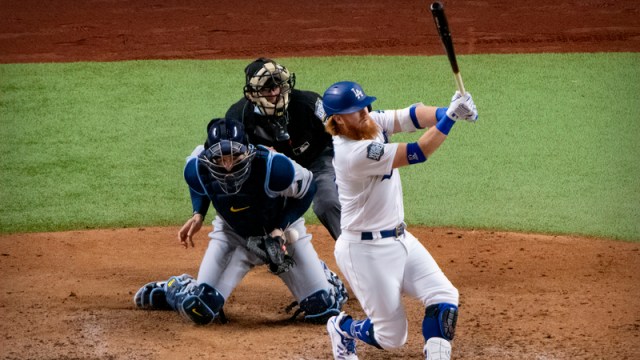