FOXBORO, Mass. — For the New England Patriots’ offense to have success Sunday night, it would need to dominate the line of scrimmage against a talented Baltimore Ravens team.

That was Bill Belichick’s message to his team this week. He was right.

The Patriots rushed for 173 yards on 39 carries against the Ravens and rode that dominant ground game to a rain-soaked 23-17 victory at Gillette Stadium.

Quarterback Cam Newton, who carried 11 times for 21 yards and a touchdown in the upset win, was asked in his postgame video conference about New England’s ability to impose its will up front.

He smiled, then began lauding his head coach.

?Listen, everything that coach (Belichick) coaches throughout the week, it tends to come up,” Newton said. “I?m beginning to think he either has a Staples easy button or a Buffalo Wild Wings button or just a straight, direct line to the football gods, because he?s like a football whisperer when it comes to anticipating what the game?s going to be like, how we need to win and things like that. I?m extremely impressed with that.”

Entering the game as seven-point home underdogs, the Patriots took a 13-10 lead in the final minutes of the first half — on a touchdown pass from wide receiver Jakobi Meyers to Burkhead — and never relinquished it, adding 10 points after halftime and keeping Lamar Jackson and Co. off the scoreboard in the fourth quarter.

It was New England’s second straight victory after a string of four consecutive losses. Baltimore had lost just twice in its first eight games, and those had come against arguably the AFC’s top two teams in the Pittsburgh Steelers and Kansas City Chiefs.

?We have our keys to victory,” Newton said. “Week in and week out, coach hammers it in each and every day, reminding us about, if we?re going to win, this is what we?re going to have to do. And I?m just excited that the offensive line was able to impose (their) will and play a great team.

“This was going to be a great test for us, and we knew that. And for our guys not to back down but take it more upon themselves as a challenge, I would say they did a good job.?

A win next Sunday over the 2-7 Houston Texans would bring the 4-5 Patriots back to .500 for the first time since early October.

“(I’m) really proud of the way the guys competed,” Belichick said, “and I think we’ve just got to continue to work hard and grind away and see if we can improve and do some things better next week than what we did this week. But we’ll just keep making steady progress, and we’re definitely headed in the right direction here.” 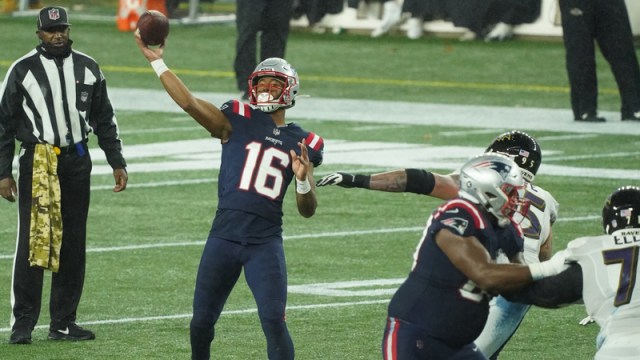 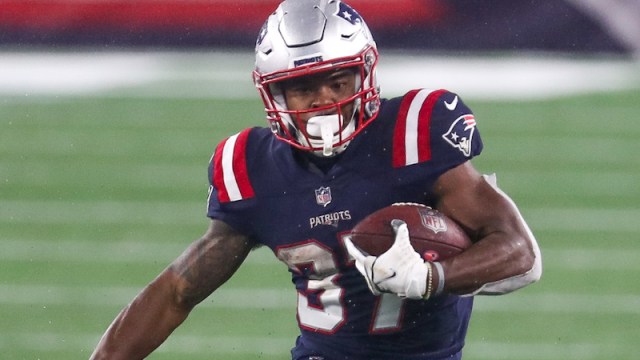