For the fourth time in 10 games this season, the New England Patriots found themselves driving late in the fourth quarter Sunday, needing a touchdown to tie or take the lead.

For the fourth time, they came up short.

This latest ill-fated comeback bid ended with quarterback Cam Newton being overrun by Houston pass rushers on fourth-and-4 from the Texans’ 24-yard line with 71 seconds remaining.

Newton evaded one rusher, then another, but couldn’t escape the grasp of blitzing safety Justin Reid, who pulled the Patriots QB to the turf as his desperation pass fell harmlessly incomplete. Houston won 27-20, ending New England’s two-game win streak and all but extinguishing the Patriots’ flickering playoff hopes.

After the game, Newton, running back James White and head coach Bill Belichick offered explanations for what went wrong on that final fourth down.

?We had a good play called, but it just came down to execution,” Newton said in his postgame video conference. “They brought some pressure. I tried to make the most of it, but at the same time, that was a good defense.

“That (3-7 Texans) team was not an indication of what their record said. We knew that. They had a lot of talent on that team, especially defensively.?

On the play in question, Houston positioned seven defenders along the line of scrimmage. Five of them rushed, including defensive back Lonnie Johnson, who crept to the line just before the snap.

White was aligned to Johnson’s side (to the left of Newton in the shotgun), but he sidestepped to his right at the snap, eyeing potential threats elsewhere. Backup left tackle Jermaine Eluemunor, who’d replaced an injured Isaiah Wynn just one play earlier, focused his attention on outside linebacker Whitney Mercilus, who stunted inside.

No one picked up Johnson, who came screaming in untouched off the defensive right side.

Johnson reached Newton in less than two seconds, forcing the QB to spin backward. By the time Newton centered himself, defensive end Charles Omenihu was in his face, necessitating another course correction. Moments later, the duo of Reid and Johnson arrived to wrap up Newton and kill the play.

“We’ve just got to identify it and block it,” Belichick said after the game. “They did a good job of timing them up, and we just obviously have to collectively as a team execute better against those plays.”

White said the Patriots weren’t caught off guard by the Texans’ pressure. Houston already had blitzed defensive backs multiple times during that same possession, including on the previous play.

“We just didn’t pick up the pressure properly, and it resulted in a bad play,” White said. “We knew what was coming. We just didn’t execute it properly.”

Newton was asked whether the breakdown resulted from a lapse in communication with Eluemunor, who was fresh off the bench. Eluemunor played well as New England’s starting right tackle early in the season but had not played a snap at left tackle since 2018, when he was with the Baltimore Ravens.

“I wouldn’t say that,” said Newton, who threw for 365 yards and one touchdown in a losing effort. “They brought that pressure multiple times today. We knew that they were a repeat type of defense and if it hurt us one time, which it did, they will come back to it, and surely they did. So for us, it’s just a matter of understanding situational football and position guys in situations and everyone will be firing on all cylinders.” 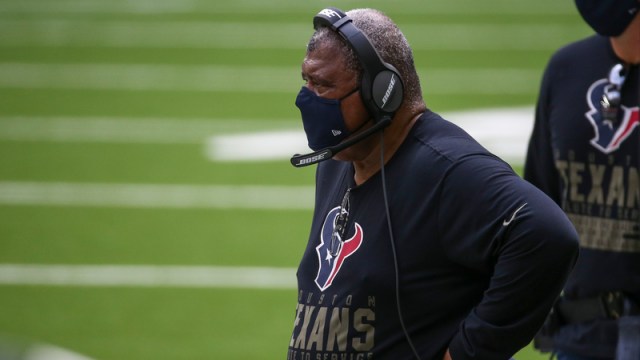 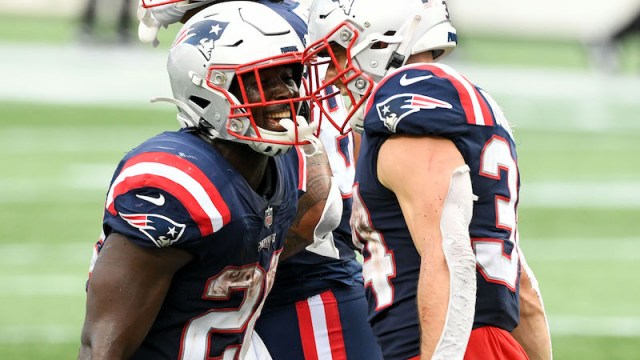