Some final thoughts on New England?s 20-17 win over the Arizona Cardinals as the Patriots turn their focus to Sunday’s matchup against the Los Angeles Chargers:

— Few Patriots players have been more consistent this season than kicker Nick Folk.

After missing his first two field-goal attempts to start the campaign, Folk has made 19 straight dating back to Week 2. That streak includes two last-second game-winners: 51 yards to beat the New York Jets in Week 9 and 50 yards to complete a come-from-behind victory against the Cardinals.

Not bad for a 36-year-old who was kicking in the Alliance of American Football less than two years ago and was out of a job until re-signing with the Patriots midway through training camp.

?It says a lot about who he is as a man,? special teams captain Matthew Slater said Monday. ?If you?re around Nick for any period of time, you just notice how positive he is. His outlook on things is the same. It?s always positive. He?s always finding the silver lining in things. Even when he was dealing with his back (injury) stuff, just staying positive. And then he always stays ready. He?s thinking through situations, he?s thinking through what he?s doing technically.

“I?ve been really fortunate to play with some really good kickers over the course of my career, and I?m learning a lot from Nick this year. I think just his approach to the game, his approach to his craft, it says a lot about what this means to him. I think it?s a testament to why he?s been able to last so long in this league, and it?s great to see him have the success that he?s having this season, because he certainly has worked very hard at it.”

Folk’s success has masked what currently looks like one of the worst selections of the 2020 NFL Draft. Fifth-round pick Justin Rohrwasser — the first kicker taken this year — has spent the entire season on the practice squad and seems to be behind punter/kickoff man Jake Bailey on New England’s placekicker depth chart.

How Patriots Still Can Make Playoffs After Upset Win Over Cardinals

— Adam Butler was a disruptive force in the backfield Sunday, registering a sack, three quarterback hits, two tackles for loss and a batted pass that resulted in an interception.

He also made a key play 8 yards downfield — one we neglected to mention in our postgame writeup on his breakout performance.

With the Cardinals facing third-and-goal with just over 30 seconds remaining in the first half, the Patriots rushed six and dropped Butler into coverage — something the 300-pound defensive tackle had done fewer than 10 times in his four-year NFL career.

Butler couldn’t disrupt Kyler Murray’s quick pass to KeeSean Johnson, but he was able to loop around and get his body between Johnson and the goal line. He and defensive backs Jason McCourty and Myles Bryant teamed up to bring the wideout down just short of the end zone.

The Patriots’ fourth-down goal-line stand — the turning point in their narrow victory — came one play later.

This also was a nice hustle play by Bryant, an undrafted rookie DB who played as a linebacker in New England’s third-down package. He was at the 10-yard line when Murray released the ball and managed to get himself in position to help make the tackle.

— Speaking of under-the-radar contributions, give Chase Winovich an assist on Adrian Phillips’ interception.

Murray wanted to hit a slanting DeAndre Hopkins on the play but saw Winovich leaping like a madman in his passing lane. The Cardinals QB pump-faked, and his split second of hesitation allowed Butler to arrive.

Butler tipped the ball as it left Murray’s hand, and Phillips caught it for the turnover.

Once Drake did, he was enveloped by a wave of Patriots defenders that included Terez Hall, Ja’Whaun Bentley, Stephon Gilmore, Kyle Dugger and Butler, picking up 1 yard on third-and-2.

Those plays by Winovich won’t show up on the stat sheet, but they were vital to New England’s success.

— The Patriots added a new wrinkle to their rushing attack.

On multiple plays out of 21 personnel (two backs, one tight end), they split running back Damien Harris out wide, leaving just quarterback Cam Newton and fullback Jakob Johnson in the backfield.

Johnson served as a lead blocker for Newton, who picked up 8, 4 and 4 yards on inside runs out of this look. The 4-yarders both moved the chains.

Newton had a miserable afternoon passing the ball (9-for-18, 84 yards, two interceptions, 23.6 passer rating) but did finish with 46 rushing yards on nine carries, including a 14-yarder on third-and-13 that set up Folk’s final kick. 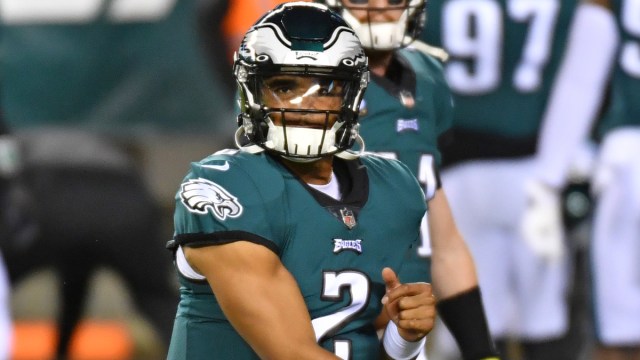 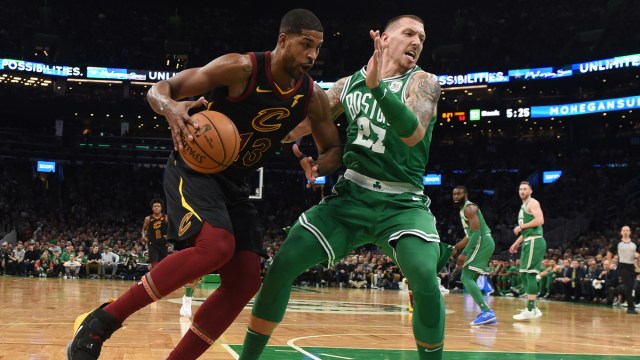