Some notes and nuggets from New England’s 22-12 loss to the Miami Dolphins on Sunday, which eliminated the Patriots from playoff contention:

— The biggest issue for the Patriots — as was the case in last week’s loss to the Los Angeles Rams — was run defense.

One game after surrendering 186 rushing yards to Cam Akers and the Rams, New England allowed a Dolphins team that was missing its No. 1 running back (Myles Gaskin) and its starting left guard (Ereck Flowers) to steamroll them for 250 yards on the ground.

That total was a season high for the Patriots’ defense and nearly doubled the previous high for Miami’s offense, which hadn’t tallied more than 138 rushing yards in any of its first 13 games.

Veteran safety Devin McCourty had no explanation for his unit’s recent nosedive.

“If I had that answer, I would gladly share it, and we probably would have played better,” McCourty said in a postgame video conference.

Led by running backs Salvon Ahmed (122 yards, one touchdown) and Matt Breida (86 yards), the Dolphins held the ball for more than 37 minutes and averaged 6 yards per carry. They’re just the fourth team to rush for 250 yards against a Bill Belichick-coached Patriots team and the second to do so in a game that ended in regulation.

— One silver lining for the Patriots’ offense, which now has gone back-to-back games scoring without a touchdown, was the play of their own running back, Sony Michel.

Starting in place of an injured Damien Harris, Michel averaged 7.4 yards per carry on 10 attempts, finishing with 74 rushing yards. It was an encouraging step forward for the 2018 first-round draft pick, who averaged 3.5 and 3.1 yards per carry in his first two games back from injured reserve.

Gilmore’s injury was the most concerning, as he went down without contact and had to be helped to the locker room by two Patriots staffers.

The Patriots announced the injury was to Gilmore’s knee, but NFL Media’s Ian Rapoport reported after the game it actually was a leg injury that “may not be as serious as it may have looked.”

That would be a fortuitous break for the Patriots’ defense and for Gilmore, who’s likely to land a new contract either from the Patriots or from another team this offseason.

Gilmore and Bentley (arm) both did not play after halftime. Outside linebacker Chase Winovich was asked how their injuries affected the Patriots’ defense.

?I?m sure it didn?t help,? Winovich said. ?They are great players. That?s a tough question. I?d have to go back and watch the film to see if there was particular plays or schemes that maybe Miami was able to take advantage of because one player (was) in and one wasn?t. They had zero points in the first half, right??

That’s correct. The Patriots led 6-0 at the half before being outscored 22-6 over the final two quarters.

— The Patriots did not activate Julian Edelman off injured reserve for Sunday’s game, but Belichick shared a positive update on the veteran receiver during his pregame interview with 98.5 The Sports Hub.

Belichick said Edelman, who returned to practice this week, is “certainly progressing” and could play next Monday against the Buffalo Bills.

?(He’s) good,” Belichick said. “We?ll just keep taking it day by day. I think that Julian, it was good to have him back out there, and he?s certainly progressing. He won?t be out there for the Miami game, but we?ll take a look at next week — we have a longer week there (with the Monday night game) — and see how that goes. But he?s working hard and definitely making progress.”

It remains to be seen whether the Patriots will alter their approach with Edelman (and injured players like Gilmore) now that they are out of the playoff race. The 34-year-old wideout has not played since Week 7 after undergoing a knee procedure. 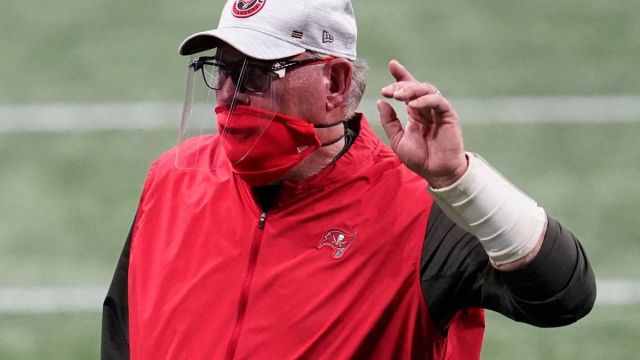 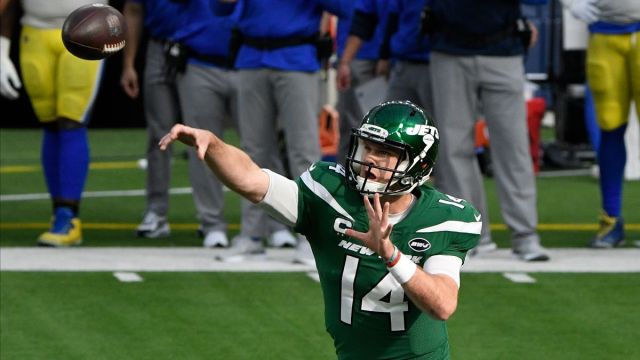