No Jaylen Brown or Marcus Smart against the Los Angeles Clippers?

We aren’t going to say it wasn’t a problem, but somehow, the Celtics made due without them against Kawhi Leonard and Co.

It didn’t look promising for the Boston through the entire first half, but Jayson Tatum kept his team in it Friday against the Los Angeles Clippers, and helped them erase a 12-point deficit and take the lead entering the fourth quarter.

And with a clutch steal down the stretch, Kemba Walker closed out a super solid second half with a go-ahead basket that may have made the difference, especially thanks to some missed looks from Leonard.

Off the bench, Carsen Edwards had the best offensive game of his career with 16 points, four rebounds and he drew an important 3-point foul late in the fourth quarter.

For the Clippers, Leonard had 28 points while Nicolas Batum scored 16 with Lou Williams hitting 18 to lead a productive bench.

STARTING FIVE
The double-big lineup was cool, but let’s be seriously. Three bigs in your starting lineup is the future of the NBA:

GOOD THING TATUM IS HERE
Apparently the Celtics really benefit from the presence of Brown and Smart, who both were out of the lineup together for the first time all season.

As a result, Boston fell to an early 17-4 (!!) deficit and was out-rebounded 15-6 in the opening quarter while the Clippers shot 60% from the field behind Leonard and Luke Kennard.

As a means of giving the team a little burst, Payton Pritchard entered the game early for Boston despite missing the last two weeks with a sprained MCL.

Fortunately, Tatum was hitting his shots early, keeping the Celtics in it (kind of) and scoring 10 points in the first with two rebounds, two assists and two steals.

THE CARSEN QUARTER
Boston slightly outscored Los Angeles in the second quarter, so the bleeding wasn’t as bad, but it still didn’t look great. The bench, at least, continued to give the C’s a little spark.

A Robert Williams dunk will do that:

The real story of the second quarter was Carsen Edwards, who entered the break leading the Celtics with a team-high 13 points, making his first three 3-point attempts.

Unfortunately, the best offensive game of his NBA career also saw him get three fouls in the first two quarters.

It was frustrating to watch, and Tatum took out his frustration at the rim.

The Celtics trailed the Clippers 62-61 at halftime.

TAKING THE LEAD
The Celtics started the second half with a lot more energy on defense, and Tatum and Walker both hit early triples out of the gate to help Boston go off on a small 8-2 run.

And a drive from Walker that ended in a layup cut the deficit to just five points.

And with 4:37 left on the clock in the quarter, Grant Williams hit a 3-pointer to give Boston a 74-73 lead, its first of the game.

It continued from there, as Tatum continued to play out of his mind with 27 points, five rebounds and two assists by the end of the quarter.

The Celtics led 89-82 entering the fourth after outscoring the Clippers 38-20 in the frame.

DOWN TO THE WIRE
Boston led by as many as 10 points in the forth quarter, which was its largest advantage of the of the game.

But of couse, Lou Williams, the perpetual Sixth Man of the Year, helped Los Angeles climb back into it, and Marcus Morris Sr. scored to take the lead for the Clippers against his old team to make it 102-102.

Walker was on fire in the second half, too, nailing 5-of-7 attempts

Inside the final minute, Williams scored to give the Clippers a 112-111 lead, but Walker came up with a late steal and capitalized to take the lead back.

Leonard missed on a mid-range jumper while being guarded by Semi Ojeleye and the Clippers had to foul Tristan Thompson, who pulled down the rebound.

Thompson was nails at the line, making it a 115-112 game with 26.3 on the clock, and Leonard missed a triple on the next trip down to the basket for L.A.

Boston had one last possession in a two-point game a few sequences later, and managed to close it out by hitting its shots at the charity stripe.

UP NEXT
There are two games left on the road trip for Boston.

The Celtics travel to Phoenix next for a matinee against the Suns on Super Bowl Sunday at 1 p.m. ET. After they, they end the long stint in Utah against the Jazz on Tuesday. 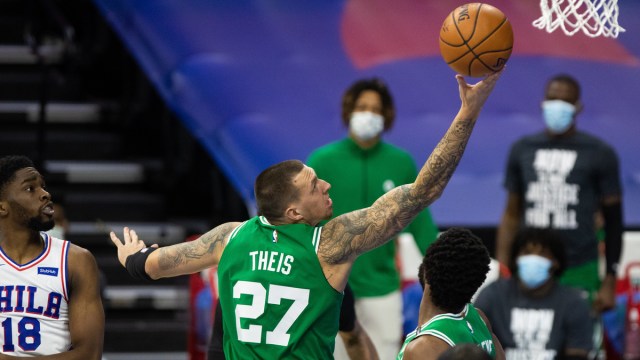 Celtics Rule Daniel Theis Out Of Remainder Of Game Vs. Clippers With Knee Soreness 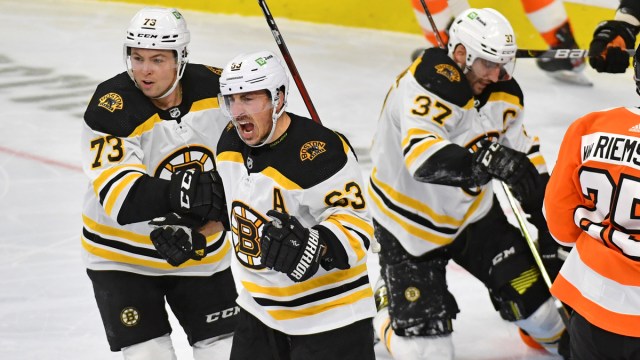