Let’s be honest: Mock drafts, as entertaining as they are, are a bit of a crapshoot.

That’s especially true at this point in the NFL calendar, as prospects have yet to work out at their respective pro days (the NFL Scouting Combine was essentially canceled this year due to the pandemic) or sit down for in-depth interviews with NFL decision-makers.

Outside of a slam-dunk top pick like Trevor Lawrence — a near-lock to go to the Jacksonville Jaguars at No. 1 — it’s nearly impossible to predict in mid-February who will land where in late April.

Still, it can be instructive to see which players prominent draft analysts believe would fit in well with a particular team.

For the New England Patriots, who own the 15th overall pick and have a variety of roster needs, Penn State linebacker Micah Parsons has been a popular projection, as have Alabama quarterback Mac Jones and wide receiver Jaylen Waddle.

We surveyed 10 mock drafts from six national outlets. Here’s how each views the Patriots’ top selection and why:

Todd McShay, ESPN: Micah Parsons, LB, Penn State (Feb. 10)
“Dont’a Hightower will be back after opting out of the 2020 season and Chase Winovich has been disruptive off the edge, but Parsons gives Belichick a true sideline-to-sideline linebacker who can do a little bit of everything. And if the team moves on from Hightower after the 2021 season when he is set to be a free agent, Parsons would be the QB of this defense going forward.”

Ryan Wilson, CBS Sports: Kyle Pitts, TE, Florida (Feb. 9)
“The Patriots need a QB but instead, they recommit to the tight end position and take Pitts, who plays a lot like Darren Waller.”

Chris Trapasso, CBS Sports: Mac Jones, QB, Alabama (Feb. 8)
“Bill Belichick drafts a quarterback from Alabama coached by his buddy, Nick Saban. The environment around Jones needs to get better in New England before he can play even remotely close to how he did with the Crimson Tide.”

Michael Renner, Pro Football Focus: Jaylen Waddle, WR, Alabama (Feb. 8)
“This would be a dream scenario for the wide receiver-needy Patriots. Waddle not only brings some much-needed speed to the table; he’s also someone who can just flat-out get open.”

Mel Kiper Jr., ESPN: Mac Jones, QB, Alabama (Feb. 7)
“They don’t pick this high often. Why not go and get your guy and build around him? … Jones could become a signal-caller to groom for offensive coordinator Josh McDaniels. Jones can make every throw at every level of the field, and he’s extremely accurate. Plus, we know that Belichick has drafted plenty of Alabama stars and trusts Nick Saban.”

Lance Zierlein, NFL Media: Justin Fields, QB, Ohio State (Feb. 4)
“It’s hard to project where the QBs will land this year, as I expect grades to vary greatly by team. But Fields is a talented quarterback with big-game experience who will have a chance to compete for snaps immediately in New England.”

Bucky Brooks, NFL Media: Micah Parsons, LB, Penn State (Feb. 1)
“The Patriots add a versatile defender with big-play potential to the lineup. The big-bodied ‘backer is a dynamic player with the capacity to blitz from inside or rush off the edges.”

Danny Kelly, The Ringer: Micah Parsons, LB, Penn State (Jan. 31)
“Parsons is a classic Patriots pick, an ideal fit in Bill Belichick?s ever-changing, chameleon defense. The Nittany Lions star has the size and athleticism to wear any number of hats, whether Belichick asked him to cover, play the run, or even rush the passer.”

Dane Brugler, The Athletic: Jaylen Waddle, WR, Alabama (Jan. 12)
“The Patriots will examine several quarterback options this offseason, but it might not matter much unless they add more playmakers. Waddle and his special athleticism would be an instant shot of adrenaline for the offense.” 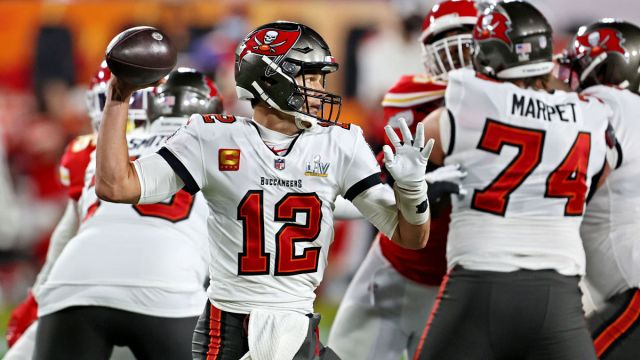 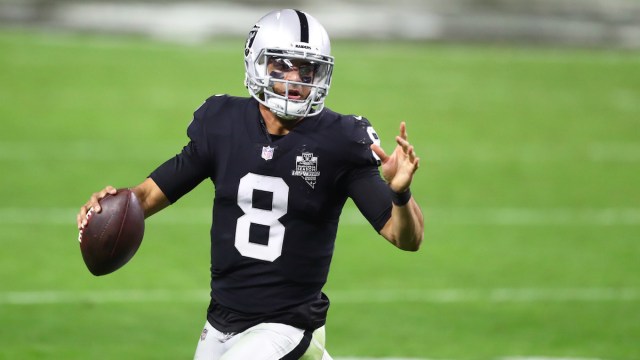