Cam Newton’s new contract with the New England Patriots reportedly is a one-year deal worth up to $14 million.

“Up to” being the operative phrase.

According to a report Friday from ESPN’s Mike Reiss, $6 million of Newton’s possible 2021 earnings are “tied to honors and how far the Patriots might advance in the playoffs.”

Since Newton did not receive any postseason honors in 2020 and the Patriots did not reach the playoffs, those will be classified as “not likely to be earned” incentives, meaning they will not count against New England’s 2021 salary cap. So, the quarterback’s cap hit will be no higher than $8 million.

It’s unclear whether Newton’s deal also includes any incentives tied to performance or playing time. His first Patriots contract was heavy on play-time benchmarks, which allowed him to earn a total of just over $3.7 million in 2020 with a base salary of $1.05 million.

UPDATE (3:10 p.m.): Here are the full contract details, via NFL Media’s Mike Garafolo. Newton will be guaranteed just $3.5 million and cannot make more than $5 million unless he earns a Pro Bowl/All-Pro selection or the Patriots reach the playoffs.

Newton could have made up to $7.5 million last season if New England had made a deep playoff run and he had played more than 90 percent of snaps while earning Pro Bowl and All-Pro selections.

Newton played 87 percent of the Patriots’ offensive snaps. He missed one game after testing positive COVID-19 and was benched in three others. Backup Jarrett Stidham also relieved him in the second half of a 45-0 win over the Los Angeles Chargers.

In those 15 starts, Newton completed 65.8 percent of his passes for 2,657 yards and eight touchdowns with 10 interceptions while rushing for 592 yards and 12 scores. He also caught one touchdown pass from receiver Jakobi Meyers on a trick play.

Newton’s re-signing, which first was reported Friday morning by The Boston Globe’s Jim McBride, will not preclude the Patriots from adding another quarterback this offseason. They currently have Newton, Stidham and Jake Dolegala under contract for the 2021 season.

Assembling a more-talented group of pass-catchers around Newton must be a priority for the Patriots. They entered Friday with roughly $60 million in salary cap space (third-most in the NFL) when accounting for offensive tackle Trent Brown’s expected cap hit. 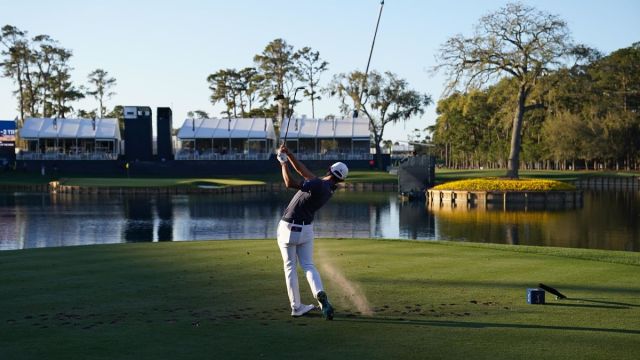 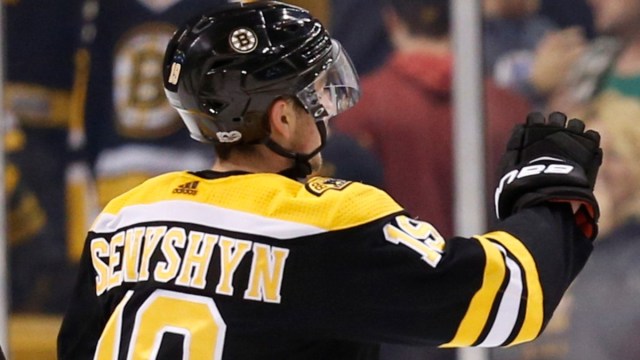 Zach Senyshyn Gets High Marks In His Bruins Season Debut