The New England Patriots are running it back with Cam Newton in 2021.

The Patriots are re-signing the quarterback to a one-year deal, The Boston Globe’s Jim McBride first reported Friday. The move undoubtedly will divide New England’s fanbase, which was split on Newton’s performance in 2020 when the team went 7-8 with the veteran QB under center.

ESPN’s Adam Schefter reported Friday that Newton’s deal is “worth close to $14 million.” Newton’s contract is expected to be incentive-laced, however, so it’s unlikely the QB will count that much against the salary cap.

Newton didn’t fully grasp New England’s offense last season and had issues with accuracy. He also was surrounded by some of the NFL’s worst pass-catching weapons, and that issue should be fixed this offseason as New England heads into free agency with over $60 million in salary-cap space.

The biggest positive to this news is that the Patriots should still have plenty of cap space to sign offensive weapons to put around Newton in 2021. Assuming Newton’s contract is heavily incentive-based and his 2021 salary cap hit is less than $10 million, then the Patriots would still have upwards of $50 million to spend on a wide receiver like Curtis Samuel, Corey Davis, Will Fuller or Juju Smith-Schuster or a tight end like Hunter Henry, Jonnu Smith, Gerald Everett or Kyle Rudolph.

The Patriots essentially needed to add a quarterback before free agency so players knew who was going to be throwing passes in 2021. Players might not be quite as excited to play with Newton as a quarterback like Deshaun Watson, Russell Wilson or Tom Brady, but the 2015 NFL MVP does still carry clout in the NFL, and he could help recruit offensive talent better than other signal-callers who were hitting the market this offseason.

At least one of Newton’s Patriots teammates was excited to see the news Friday morning.

This move also won’t preclude the Patriots from looking at other quarterbacks. New England should still select a QB in the 2021 NFL Draft, and with Newton on a one-year deal, that could presumably happen as early as the first round. The Patriots also could bring in competition if a quarterback they like comes available in free agency or via trade.

This signing does come with a risk. Newton should play better with improved weapons around him but he was one of the NFL’s least efficient quarterbacks in 2020, ranking 30th in QBR out of 35 qualified passers. Newton completed 65.8 percent of his passes for 2,657 yards with just eight touchdowns and 10 interceptions. He also carried the ball 137 times for 592 rushing yards with 12 rushing touchdowns. The Patriots are banking on Newton’s struggles being tied to the talent around him and a difficult offseason. Newton missed the virtual offseason workout program in 2020 because he signed in July. The NFL canceled preseason games and held truncated training camps. Newton also tested positive for COVID-19 early in the 2020 season which could have further stunted his progress.

But if Newton isn’t better in 2021, then the Patriots are likely headed for another seven- or eight-win season, and treading water is one of the worst things an NFL team can do.

Clearly, New England liked the prospects of re-signing Newton better than bringing in other free agent quarterbacks. We’ll find out if that risk paid off after we see what type of talent the Patriots can put around Newton next week when free agency officially begins. 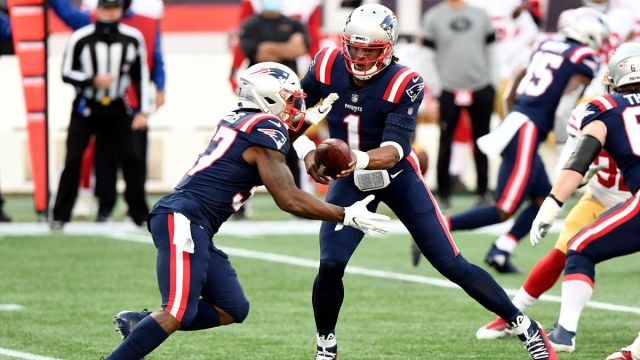 Damien Harris Is Fired Up About Cam Newton Returning To Patriots 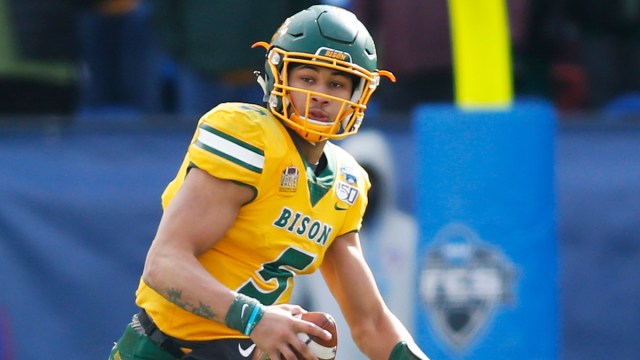