The Arizona Cardinals landed a big free-agent fish in J.J. Watt, and now they’ll have to maneuver some finances to make sure the boat doesn’t sink.

Watt announced the signing himself on social media Monday afternoon and the Cardinals later confirmed. Reports surfaced shortly after that the contract is for two years and $31 million with $23 million guaranteed. That would make the defensive end’s base salary in the neighborhood of $15.5 million per season.

Arizona, though, is reported to roughly have $11 million in cap space with the league’s projected cap of $180.5 million, per NFL.com. It means a few current Cardinals will become cap casualties after the Watt signing.

The big question: Could Chandler Jones be among them?

The idea may seem far-fetched, and it probably is. After all, why would you bolster up the defensive line just to cut the team’s best pass rusher? But it’s also worth keeping an eye on.

Gregg Rosenthal of NFL.com wrote just two weeks ago that Jones could find himself as a surprise NFC cut candidate. CLNS Media’s Evan Lazar floated the idea after the Watt signing, too.

The biggest case against Jones is that he has a $20.8 million cap figure heading into the 2021 season. It’s the largest on the team and cutting him after June 1 would free up $15.5 million, per OverTheCap.com.

Jones, who will be 31 when the season begins, also is entering the final year of his contract. He will be an unrestricted free agent entering his age-32 season.

The case against? Well, let’s remember who we’re talking about here.

Jones is a two-time All-Pro edge rusher who just earned the honor in 2019. Jones, who spent four seasons with the New England Patriots, heads into his sixth season in Arizona having amassed 61 sacks in 67 games.

Cardinals general manager Steve Keim recently told NFL.com he would “reject” cutting Jones this offseason. And that came during the same interview which Keim said the Cardinals could “take a swing” at Watt, depicting maybe the Watt signing doesn’t change things all that drastically.

We would like the think the Cardinals would exhaust all other options before cutting a player that — especially when paired with Watt — could create havoc for opposing NFC West quarterbacks like Seahawks signal-caller Russell Wilson, 49ers’ Jimmy Garoppolo and new Los Angeles Rams quarterback Matthew Stafford.

And if they did, here would be a few of those other options:

— Cornerback Robert Alford
Alford, who signed a three-year contract for $22 million contract in 2019, carries a cap hit of $9 million. It would save the Cardinals $7.5 in cap space as the 32-year-old corner, who hasn’t played since 2018, carries just $1.5 in dead money.

— Edge rusher Devon Kennard
Kennard carries a cap his of $7.9 million heading into his age-30 season. It he is cut after June 1, Arizona will be granted a savings of $6.65 million leaving just $1.25 in dead money.

— Linebacker Jordan Hicks
Hicks, a 28-year-old team captain, signed a four-year, $34 million contract in 2019. The reality is, though, he carries a $9.5 million cap hit and cutting him after June 1 would save Arizona $6.5 million with a $3 million left as dead money.

— Offensive lineman Justin Pugh
The Cardinals could, much like these other examples, opt to restructure Pugh’s contract rather than outright cut him. But there’s no denying the 30 year old’s $11.19 million cap makes him an interesting candidate. Arizona would save $9.19 on the cap if it released Pugh after June 1 with a dead cap of $2 million. 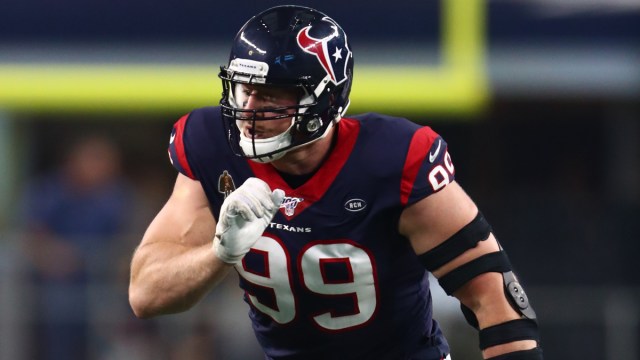