When it comes to NASCAR odds and betting, I always need to phone a friend.

While working in Las Vegas, I had the pleasure of meeting NASCAR handicapper Jeff Cogliandro at the South Point Hotel and Casino. He was doing a radio spot on the Vegas Stats and Information Network, explaining how qualifying runs helped him gauge the physics of a given car for a weekend race.

It was next level strategy that took my feeble brain three or four times to comprehend truly. Those qualifying races actually matter? I had no idea.

Unfortunately, the COVID-19 pandemic has altered the normal NASCAR weekly schedule and hindered many of the ancillary events that lead up to a race.

“Not having qualifying runs and practice rounds has changed everything,” Cogliandro told NESN. “There are only eight races where that’s happening this season. Before COVID hit, you could watch everything. That has mostly been eliminated.”

Cogliandro has been adamant for years that the opportunity to observe these runs and analyze all the intricate details give him an edge.

“You really miss out on Happy Hour, which is the last hour of practice before the race,” Cogliandro said. “Usually it happens on Saturdays. Watching how a car is progressing on the longer runs is crucial to my handicapping. I love to chart the car and driver progression.

“You can watch where the car is lifting, how it turns and where it’s able to get back into the gas. You’re not able to pore over the details and the minutia of the practice feeds. Without all that, you’re missing the true handicapping aspect that makes NASCAR so great. Not having the ability to watch these cars progress through the weekend makes it tougher.”

Cogliandro admitted that he hasn’t been firing NASCAR picks as much as he would like to given the circumstances but he loves to dabble on Las Vegas Motor Speedway races. Heading into Sunday’s Pennzoil 400, he circled a few drivers that he’s keying in for his bets.

“One of the drivers you’ve got to look at Sunday is Martin Truex Jr.,” Cogliandro declared. “He’s one of the favorites, but he has a median finish of 3.5 in his last eight Las Vegas races. He had a tire issue last year, but outside of that, he’s been one of the best contenders on all mile and a half tracks. That’s really been a staple of his program.”

Cogliandro prefers to bet head-to-head matchups, though. These are bettable options that pit two drivers against each other. Just pick the winner. The payouts are obviously a lot lower, but your chances of winning are a lot higher. It’s all about finding the right driver at the right price.

“I like Chase Elliott (+110) head-to-head against Kevin Harvick (-130),” Cogliandro said. “Elliott is running so well at these mile and a half tracks. He had an outstanding car in the springtime race last year. But he blew a tire and wound up with a 24th place finish. A driver’s finishing position doesn’t always tell the story of how he got there. Elliott had a great car and a bad situation late. So I do like him against Harvick as a slight underdog.

“The other one I like is Martin Truex Jr. (-110) in his matchup with Denny Hamlin (-110). Truex has finished in the Top 4 in six of the last eight races at Las Vegas. He’s outstanding on a mile and a half and he was the best Gibbs Racing car the last two years there. Hamlin is obviously a great driver, but you’re paying a reputation tax here. He’s only had one Top 5 finish in his last eight races at Vegas. It’s not one of his strongest tracks.”

Many golf and racing handicappers use the term “horses for courses.” This is a strategy where a bettor plays on certain golfers or drivers that are successful at a given locale.

“Las Vegas has typically been what I would call a ‘form for race,’” Cogliandro explained. “You see a lot of the same winners and same teams having success. It’s a mile and a half track and the weather is rarely a factor.

“This is not a Daytona race,” Cogliandro continued. “At Daytona or even Talladega, anybody can come up. Michael McDowell was 100-to-1 a few weeks ago when he won at Daytona. The list of first-time only winners is huge there. But things tend to play out a certain way at Las Vegas. Fuel is not usually an issue, so that wild card doesn’t show itself. It’s usually the same drivers and same teams that do well at this track.”

I’ve written many times about the importance of shopping around for the right price. It’s paramount to maximize the return on your investment by getting the best odds. Betting +115 instead of -115 might not sound like a big deal, but getting the best number will help you out immensely over the long haul.

“When it comes to handicapping NASCAR, shopping odds is your best friend,” Cogliandro asserted. “Especially when it comes to the head-to-head matchups. We’ll often see a 30-cent or 40-cent price difference between books. It’s not that uncommon.

“Late news can also be your friend. A last-minute failed inspection can send a driver to the rear and you can often catch a good price on a matchup if you’re paying close attention. That usually happens about two hours prior to the race.” 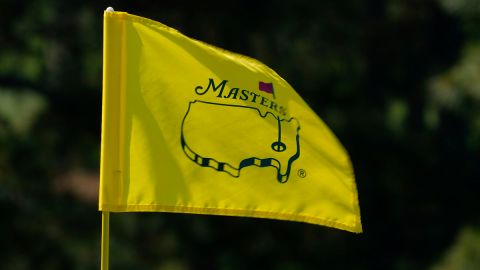