Celtics Wrap: Fourth-Quarter Run Not Enough In 109-104 Loss To Nets Skip to content

It was far from a star-studded showdown as the Boston Celtics traveled to Barclays Center in Brooklyn on Friday. And it was the Nets’ depth that ultimately proved too much for the visitors in a 109-104 defeat.

Kyrie Irving was held to 14 points on 4-for-19 shooting, but the Nets, without Kevin Durant and James Harden, had four others score double figures, including ex-Celtic Jeff Green (19 points on 5-for-11 shooting).

They were able to get involved largely due to the Celtics turning the ball over at an excessive clip yet again. Brooklyn held a 32-0 advantage in points in transition after Boston turned the ball over 19 times.

Jayson Tatum led the Celtics with 38 points and 10 rebounds while both Jaylen Brown and Kemba Walker were inactive. Tatum, who shot 14-for-27, scored 25 of those points in the first half alone.

Payton Pritchard scored 22 points on 6-for-7 beyond the arc. Marcus Smart chipped in 19 points, five rebounds and three assists.

C’S TAKE EARLY LEAD
Tatum hit each of his first three shots from the field, including a pair of 3-pointers, to give the Celtics a 9-2 lead just 1:38 into the game. He scored eight points in the opening four minutes.

Thompson helped control the glass for Boston with five offensive rebounds and a pair of baskets in the paint helping the C’s build back up to a seven-point lead with 2:54 left in the quarter.

The Celtics, though, went the final three minutes of the quarter without a field goal as Brooklyn cut Boston’s lead to 25-21 after the first quarter.

NETS ON THE RUN
The Nets were 6-for-8 from long range in the opening six minutes, extending a once 12-0 run en route to taking a 45-35 lead over Boston.

Brooklyn continued to add to it. The Nets forced the Celtics to turn the ball over, got out in transition and beat the C’s down the floor while putting together another 8-0 run.

The Nets took a 55-41 lead with 2:39 left in the half and, at the time, had outscored the Celtics 34-18 in the frame. Brooklyn had 15 assists compared to Boston’s nine turnovers.

It appeared the Celtics were about to get run out of the gym until Tatum finished the second quarter with seven of his 25 first-half points in the final 2:10.

With that, Boston cut Brooklyn’s lead to single digits, 60-51, at the half.

BROOKLYN RESPONDS
The Nets scored the first five points of the quarter to build their lead back to 65-51 before Smart scored nine straight points for the Celtics with a 3-pointer cutting Boston’s deficit to just 69-63 with eight minutes left.

Brooklyn followed it up with a 10-0 run late in the quarter to regain their 16-point lead, and the Nets took a 88-73 advantage entering the fourth.

The Celtics, perhaps most notably, turned the ball over 15 times in the first three quarters, and it led to the Nets outscoring them 26-0 (!!) in transition.

CELTS MAKE A PUSH
The Celtics trailed by as much as 17 with 10 minutes left but cut that to just six points, 98-92, after a Pritchard 3-pointer.

Boston continued to make its run after a 3-pointer from Tatum. That trey with 3:32 left cut the C’s deficit to just 98-95.

Brooklyn scored the next five points, though, to make it 103-95 with less than three minutes left. The C’s proceeded to follow that up with three turnovers in a matter of a minute.

UP NEXT
The Celtics will travel to Charlotte to face the Hornets on Sunday at 1 p.m. ET. 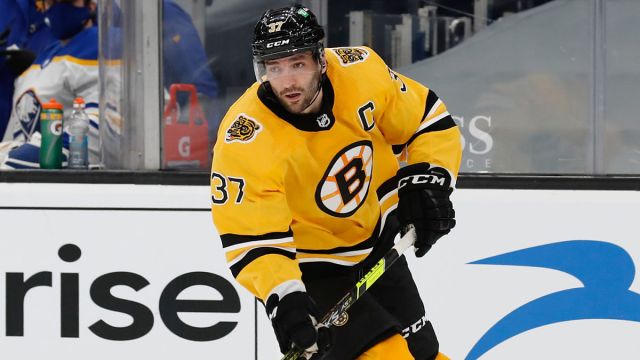 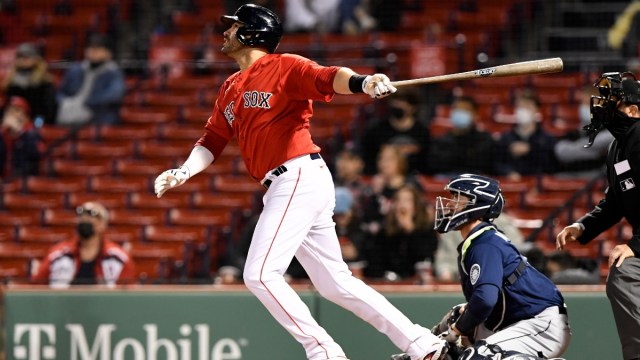