It seems the trade of Sam Darnold from the New York Jets to the Carolina Panthers on Monday cemented the fact that quarterbacks will be selected as each of the first three picks in the 2021 NFL Draft.

And it also seems, according to reports, the Atlanta Falcons are listening to offers for the No. 4 overall pick. The Falcons have an insane amount of money tied to veteran QB Matt Ryan the next two years indicating, while Atlanta could use a quarterback, there are bigger needs on the roster at the moment.

“I would look at the fourth pick in the draft as the most fascinating,” NFL football writer Peter Schrager said on NFL Network’s “Good Morning Football” on Tuesday. “That’s where, I think, it gets really interesting, the fourth pick of the draft.”

Schrager specifically included the Denver Broncos, Washington Football Team and New England Patriots, who he called a “shark in the waters,” among teams who could make trade up for the Falcons’ pick.

“Is this the year they trade the farm and say ‘Here, take the next year’s first-round pick, take the year after that’ and they move up to four to get (Justin) Fields, (Trey) Lance or Mac Jones, whoever falls,” Schrager continued. “New England, to me, is a really interesting shark in the waters right now because they’re not supposed to be drafting 15th overall. Here they are, is this the year they pounce and go up and get one of the quarterbacks.”

The Patriots have been linked to a number of high-level quarterbacks leading up to the draft, but are unlikely to have the opportunity to select any of them if they stay at No. 15. NFL Draft expert Todd McShay did, however, have the Patriots trading up for Fields in his mock draft last week.

The Panthers landing Darnold could mean they’re out on drafting a quarterback at No. 8 overall, but, as Schrager noted, stranger things have happened. It has been predicted that all five signal-callers go in the top 10 or so picks, though.

The NFL Draft will begin April 29. 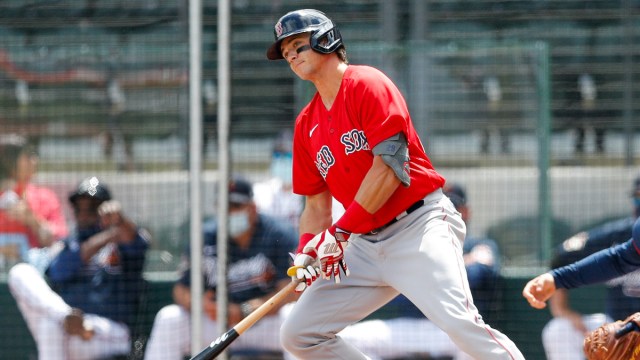 Alex Cora Explains Why Bobby Dalbec Not In Red Sox Lineup Vs. Rays 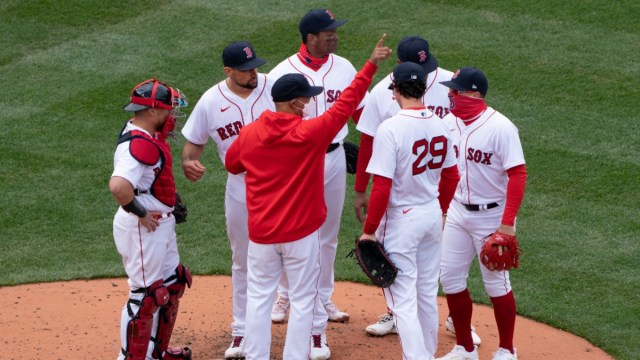