If the New England Patriots plan on trading up for a quarterback in the 2021 NFL Draft, their path just got a bit easier.

The Carolina Panthers, who own the eighth overall pick, swung a trade Monday for quarterback Sam Darnold. The deal in return sent a 2021 sixth-rounder and 2022 second- and fourth-rounders to the New York Jets.

The deal — coupled with reports that Carolina plans to pick up Darnold’s fifth-year option, guaranteeing him a $18.9 million salary in 2022 — means the Panthers most likely will not use their first-round selection on a QB. That would remove one potential suitor for the top five of Trevor Lawrence, Zach Wilson, Justin Fields, Trey Lance and Mac Jones and increase the odds of one of them sliding into the Patriots’ range.

Barring a monumental draft-night surprise, the Jacksonville Jaguars, New York Jets and San Francisco 49ers will select quarterbacks with the first three picks. How far the final two QBs — two of Fields, Lance and Jones, depending on whom San Francisco ultimately prefers at No. 3 — fall remains to be seen.

Four teams currently set to pick between Nos. 4 and 10 likely won’t be in the quarterback market: Cincinnati at 5, Miami at 6, Carolina at 8 and Dallas at 10. The three others — Atlanta at 4, Detroit at 7 and Denver at 9 — could be under the right circumstances.

The Falcons are the biggest wild card here. They’ll soon need to replace aging starter Matt Ryan, but following a recent contract restructure, Ryan is set to carry enormous dead cap charges of $65.4 million this season and $40.5 million in 2022 (plus another $15.6 million in 2023). With those financial constraints, Atlanta could consider trading the fourth overall pick or using it to land an elite prospect at another position, like Florida tight end Kyle Pitts.

Detroit is in a similar situation with new quarterback Jared Goff, who has more than $70 million in dead money in his contract over the next two seasons. Goff also is 10 years younger than the soon-to-be 36-year-old Ryan, and the Lions have holes all over their roster, making a top-10 QB selection less likely.

The Broncos, meanwhile, have a quarterback in Drew Lock who’s extremely cheap ($1.9 million salary cap hit this season, $2.2 million in 2022) but was miserable last season, tying for the league lead in interceptions while ranking last in completion percentage. It would not be at all surprising to see them use their top pick on a QB.

What does this all mean for the Patriots, who currently own the 15th overall pick and have no clear plan at quarterback beyond this season? They still likely won’t be able to land a premier signal-caller without trading up, especially if Jones, who’d been pegged as QB5 for much of the pre-draft process, goes third overall, as recent reports have suggested. The Panthers’ decision to acquire Darnold could be viewed as them believing the top five all will be gone before pick No. 8.

But not having to compete with offers from a desperate Carolina team will streamline the trade-up process, if that’s the route New England intends to take.

It’s unclear whether New England is targeting first-round quarterbacks, but after addressing nearly all of their immediate needs through free agency, Bill Belichick and his staff have the flexibility and resources necessary to make an aggressive move up the board.

The Patriots re-signed Cam Newton to a one-year contract and have Jarrett Stidham and Jake Dolegala rounding out their quarterback depth chart.

?We all know long-term, we have to find a way, either Jarrett Stidham or someone new we bring in,” team owner Robert Kraft said last week. “… The quarterback is the most important position on the team. We know that. He touches the ball over 70 times a (game), so one way or another, we have to get that position solidified.”

From a non-draft perspective, the Darnold trade makes current Panthers starter Teddy Bridgewater available for QB-needy teams and likely sets up two matchups per season between the Patriots and Wilson, who’s widely expected to be the Jets’ pick at No. 2. 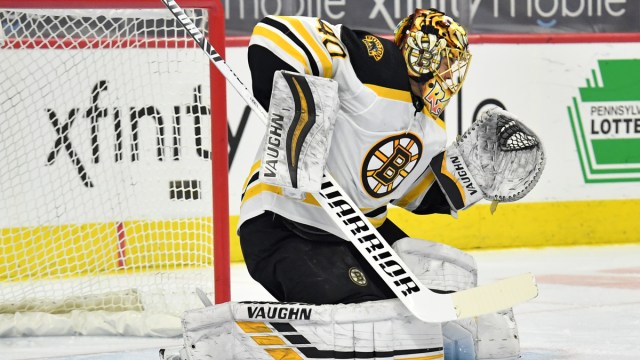 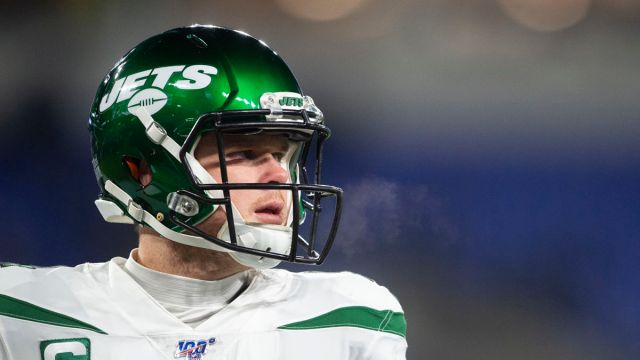