How Many Games Should NHL Suspend Tom Wilson For Latest Antics? Skip to content

The Washington Capitals bruiser again was the center of controversy Monday, this time for an incident against the New York Rangers at Madison Square Garden.

Wilson incited a fracas around the Washington net after driving New York’s Pavel Buchnevich into the ground and punching him in the back of the head after getting him on the ice. That move — and the ensuing retaliation attempts from the Rangers — sparked a near-line brawl in the New York zone.

The Caps’ first-line right wing was given four minutes for roughing and an additional misconduct penalty for his role in the matter. The question now, though, is whether the NHL Department of Player Safety will add on any supplemental discipline for Wilson with whom the DPS is very familiar.

“We all saw it,” Rangers head coach David Quinn told reporters after the game, per ESPN.com. “There are lines that can’t be crossed in this game. There’s just zero respect for the game in general.”

Panarin ultimately had to leave the game with a lower body injury.

“You got one of the star players in this league now that could have gotten seriously, seriously hurt in that incident,” Quinn added. “You all saw what happened, and it happens time and time again with him. Totally unncessary.”

As of Tuesday morning, the Department of Player Safety had yet to announce any hearing for Wilson. The power forward had seemingly cleaned up his game, or at least he had gone far enough to ensure he wouldn’t miss time. That changed earlier this year when he boarded Boston Bruins defenseman Brandon Carlo, concussing the B’s blueliner in the process. The NHL suspended Wilson seven games, the fifth ban of his polarizing career. 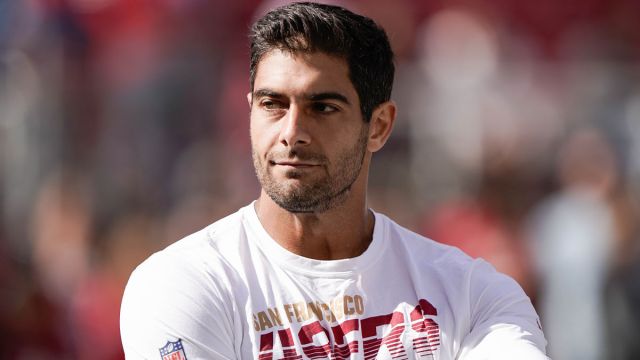 NFL Rumors: 49ers Only Will Trade Jimmy Garoppolo In This Scenario