The Green Bay Packers find themselves in a precarious situation with Aaron Rodgers.

Same goes for the Atlanta Falcons with Julio Jones.

Maybe the teams can work something out? Scratch each other’s backs, if you will?

That’s the hypothetical ESPN’s Mike Greenberg floated Tuesday, one day after Jones confirmed on live TV to FS1’s Shannon Sharpe that he wants out of Atlanta, in turn breathing new life into the possibility of Green Bay swinging a trade for the superstar wide receiver.

“There is nothing — literally nothing — the Green Bay Packers can say that is going to solve their problem with Aaron Rodgers,” Greenberg said. “If their goal is to have Aaron Rodgers play for them again, which it should be, there is only one way they can achieve that. And that is through action. There are no words.”

So, what would this “action” entail?

Well, Greenberg believes the Packers not only should trade for Jones, but that they should ship second-year quarterback Jordan Love to the Falcons as part of the deal.

“Here’s how we solve everybody’s problem: (Packers general manager) Brian Gutekunst apologizes to Aaron Rodgers with his actions, and he calls up Atlanta and says, ‘Let’s make this real easy for both of us: You chose not to draft Matt Ryan’s eventual heir apparent with the No. 4 pick. You could have. You do need to address that at some point. I’ll give you Jordan Love for Julio Jones.’ And in so doing, the Green Bay Packers have made the ultimate mea culpa. They’ve acknowledged what they did was wrong. They’ve acknowledged they have wronged Aaron Rodgers, in a way that he will actually respect and will be meaningful. And oh by the way, it’ll put Julio Jones on the other side of the line of scrimmage from Davante Adams.

“How’d you like to be a defensive coordinator on that game? You’ve got Aaron Jones in the backfield. You’ve got Julio Jones on one side. You’ve got Davante Adams on the other. And oh by the way, Aaron Rodgers is the quarterback. Good luck. Have fun with that.”

Rodgers, who reportedly wants out of Green Bay, said Monday night on ESPN his issues with the Packers have nothing to do with Love, whom he supposedly has enjoyed working with. It sure seems like Green Bay’s decision to draft a QB in the first round last year left a bad taste in Rodgers’ mouth, though, especially when you consider the team also did little to address its need at the wide receiver position.

Rodgers responded by showing he has plenty of gas left in the tank, throwing for 4,299 yards with 48 touchdown passes to five interceptions en route to winning his third NFL MVP Award. Trading for Julio Jones, one of the best wide receivers in NFL history, would show the Packers are serious about smoothing things over, building up their offense around Rodgers and going all in for a championship.

“You could kill a bunch of birds with one stone, the biggest of which is you make the ultimate olive branch to Aaron,” Greenberg said. “The second is you probably win the Super Bowl. You put Julio Jones on Green Bay and he stays healthy, that’s the one way, the one way I will say the Packers become the favorite in my view over the Bucs.”

Of course, it’s entirely possible the damage has been done and that no personnel move — aside from maybe firing GM Brian Gutekunst — will be enough to win back Rodgers’ trust.

That said, bringing in Jones while simultaneously sending away Love — the symbol of the Packers’ Rodgers dilemma, through no fault of the 22-year-old’s own — sure is a fascinating scenario to consider. 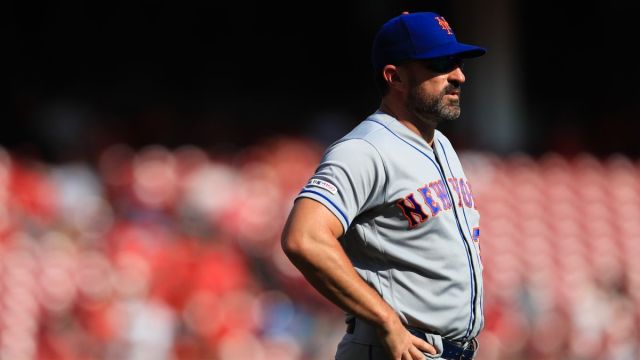 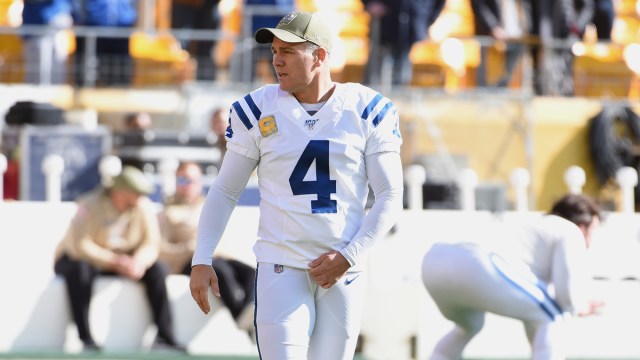 Looking Back On Adam Vinatieri’s Greatest Moments After Kicker Retires