Cam Newton most certainly isn’t letting the outside noise in.

The 32-year-old New England Patriots quarterback has been the talk of the town since signing as a free agent prior to the 2020 NFL season after the departure of Tom Brady.

Newton re-signed with the team this past offseason after a mediocre 2020.

It is no small task to follow up the then-six-time Super Bowl champ, and Newton has been under a microscope since signing in New England with seemingly each breath praised or criticized.

The 2020 season was a roller coaster, to say the least. Newton looked like the Superman of old to open the season, despite an underwhelming supporting cast and shortened preseason, but after a bout with COVID-19 the train came off the tracks with inconsistent play the rest of the season.

With everything that happened in 2020 and now a competition with Jones on the way, Newton has been a constant sports radio topic but he isn’t letting any of the chatter affect him.

“Feed your focus. Feed it. If the hate ain’t in my focus, I don’t feed it. I feed off of it, but I don’t feed it. It’s two different things. When I sense or when I dwell on hatred, that’s the product that?s gonna come out: rage, anger,” Newton said on a recent one-on-one with quarterback coach George Whitfield Jr., as transcribed by MassLive.com. “But that’s the hatred using me, not me using the hatred. So I want to process that and make that fuel me. I don’t dwell on what a person may say, what this person may say, she say, I just use it to my advantage and I feed what I want it to feed.”

Things might not have gone how Newton expected in 2020, but with training camp set to kick off July 29 and a re-tooled Patriots roster, big things may be on the way.

Ime Udoka Reveals What Stood Out To Him About Celtics Ownership 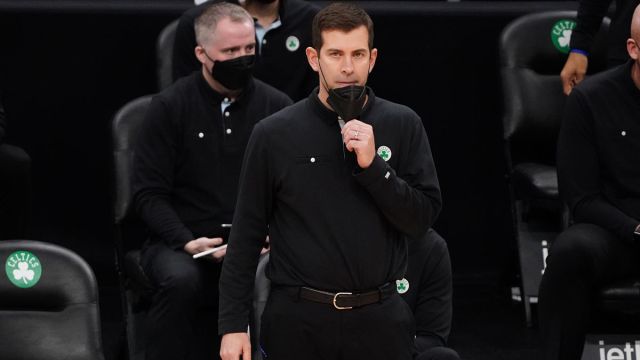 What Made Ime Udoka Stand Out During Interview Process? Brad Stevens Explains