Folks, the Boston Red Sox are back in the win column.

The Red Sox took the middle contest against the Tampa Bay Rays easily by a score of 20-8 in a game that featured strong pitching and (clearly) a slew of offense.

Boston pummeled Rays starter Josh Fleming for 11 hits, 10 earned runs and six walks through 3 1/3 innings. And a five-run fourth helped propel the Red Sox to their first win since Saturday.

GAME IN A WORD
Runs.

This one is pretty self-explanatory.

ON THE BUMP
— Eovaldi cruised through the first five innings with ease, tossing 1-2-3 innings in the first, third and fourth. The right-hander amassed eight strikeouts through five scoreless, but the shutout ended in the sixth with a Brandon Lowe solo shot to right to make it a 14-1 game.

He got out of the inning otherwise unscathed and picked up strikeout No. 9 along the way.

Eovaldi returned for the seventh and worked around a one-out walk and added a strikeout to end his night.

— The Rays had some signs of life in the top of the ninth. Phillips Valdez loaded the bases by way of a single and two straight walks, and gave up a run on a Wander Franco single to make this a 20-7 game. Another single scored Jordan Ludlow, then Brett Phillips lifted a fastball right down the heart of the plate into the Green Monster for a grand slam.

He ran into even more trouble when Mike Zunnino made it 20-8 with a solo home run of his own.

Valdez finally got out of the inning.

IN THE BATTER’S BOX
— The Red Sox wasted no time getting runs on the board Wednesday night.

Three consecutive doubles from Kiké Hernández, Hunter Renfroe and Xander Bogaerts made it a 2-0 game. J.D. Martinez then singled to left to score Bogaerts for the 3-0 lead before the first inning came to a close.

— It was more of the same in the second — Hernández and Renfroe doubling once again after Bobby Dalbec walked to begin the inning. Renfroe’s two-bagger brought home two runs to give the Red Sox a 5-0 lead.

— The Red Sox really opened things up in the fourth when Hernández singled before Renfroe drew a walk. Rafael Devers doubled to drive in Hernández for the 6-0 edge. J.D. Martinez was intentionally walked before Renfroe scored to make it 7-0 on a walk to Kevin Plawecki. A Marwin Gonzalez single made it 8-0 before Dalbec drove in two more for a double-digit lead over the Rays.

— More runs were added in the fifth as back-to-back walks led to Martinez driving in Bogaerts to give the Red Sox a comfy 11-0 lead. But Boston wanted to put this game out of reach, and did so even more when Dalbec tripled and cleared the bases thanks to a little help from Randy Arozarena, who couldn’t handle what should have been a routine fly out.

— More salt was added to the Rays’ wounds in the eighth when Tampa Bay sent catcher Fancisco Mejia to the mound.

He walked Dalbec to lead things off and gave up a single to Jarren Duran. Renfroe smacked a single of his own to make it 15-1 before Bogaerts really opened things up.

The Red Sox didn’t need a whole lot more insurance, but the shortstop blasted a three-run shot up and over everything for the 18-1 advantage. It also was the first homer of the game for Boston.

A triple by Connor Wong made it 19-1 in what NESN’s Dennis Eckerlsey referred to as a “silly inning” on the broadcast. Things got sillier when Marwin Gonzalez made it 20-1 with a single.

— Martinez led the way with four hits, while Hernández and Renfroe had three.

TWEET OF THE GAME
Things we love to see? This:

UP NEXT
The Red Sox wrap up their series with the Rays on Thursday night at Fenway Park. First pitch is set for 4:10 p.m. ET. 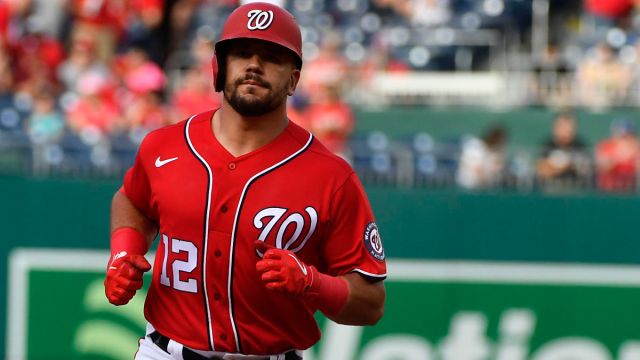 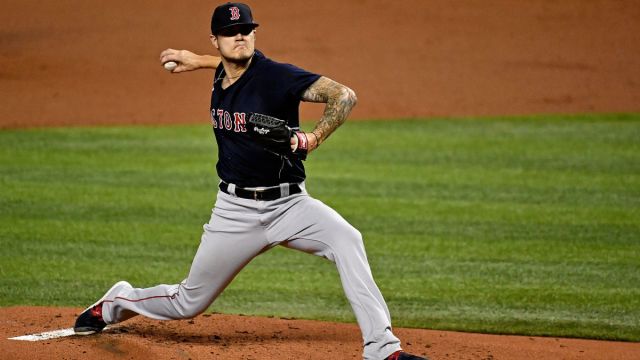