There still are two months until the Boston Bruins begin their 2021-22 NHL season (on Oct. 16 against the Dallas Stars) and more than a month until training camps open up.

However, we are 10 days removed from the beginning of free agency, and since there has been plenty of Bruins roster turnover, we figured there was no better time than now to guess at how things will look down the line.

The Bruins will have to trim their roster to 23 ahead of Opening Night, with 20 of them to crack the gameday lineup. Here are our predictions for what the lines, pairings and scratches will look like on Oct. 16.

First Line: Brad Marchand–Patrice Bergeron–David Pastrnak
It would be very surprising if this group got broken up.

Second Line: Taylor Hall–Charlie Coyle–Craig Smith
Hall and Smith worked well together, and if Coyle is indeed healthy this season, he could be a good center for that duo. He also has the inside track for the gig. Coyle’s greatest attribute is puck possession, and that could bode well for a line that has a lot of speed in Hall and sharpshooting ability in Smith.

Third Line: Jake DeBrusk–Erik Haula–Nick Foligno
If nothing else, this unit would be hard to play against. All three forwards here have decent offensive upside, especially if DeBrusk bounces back, and this actually could prove to be a useful attacking unit if they get the best out of each other.

Fourth Line: Trent Frederic–Tomas Nosek–Curtis Lazar
Both Nosek and Lazar prefer to center a line, but we go with the former Vegas Golden Knight because of the higher offensive ceiling. This could be a bruising line that forechecks hard and has some scoring ability, but the obvious concern is that they’d be a little too slow.

Scratches: Chris Wagner
Cassidy has scratched Wagner before, and perhaps a retooled fourth line will give that unit a jolt after it stagnated last season. Jack Studnicka has a tough path to playing time out of camp, but he undoubtedly will push for a role. If he comes up short, it benefits him to just keeping getting playing time in the AHL.

First pairing: Matt Grzelcyk–Charlie McAvoy
This is an elite defensive pairing, and short of playing the matchups, it makes sense to just keep them together.

Second Pairing: Mike Reilly–Brandon Carlo
They worked well together last year, and barring an additional move for a defenseman, Carlo and Reilly probably will begin next year together.

Third Pairing: Derek Forbort–Connor Clifton
Since the Bruins are playing the Stars, who aren’t the heaviest team in the world, the prediction is Forbort plays on the third pairing instead of moving up with McAvoy, an idea Cassidy floated this week.

Scratches: John Moore, Jakub Zboril
Moore is expected to be healthy in time for training camp, and the Bruins value him as veteran defensive depth. Zboril, who is not waivers exempt, doesn’t crack a lineup spot here but does end up in the final 23 so the Bruins don’t run the risk of losing him.

GOALIES
Linus Ullmark (starter), Jeremy Swayman
We’ll say Ullmark wins the job on Day 1 after being revitalized by playing in front of better defensive structure than he saw in Buffalo. That said, Swayman probably will be in within the first few games as the Bruins very well might split games relatively evenly between the two netminders.

How Patrice Bergeron, Bruins Are Approaching His Pending Free Agency 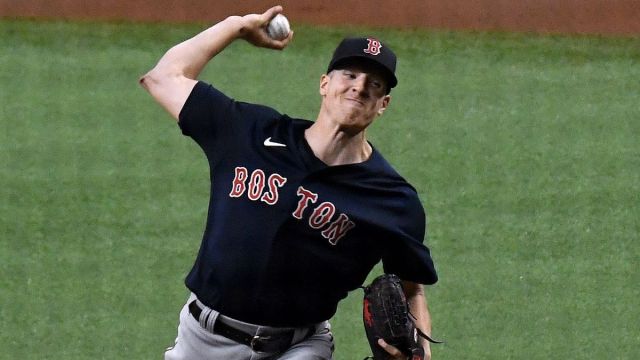 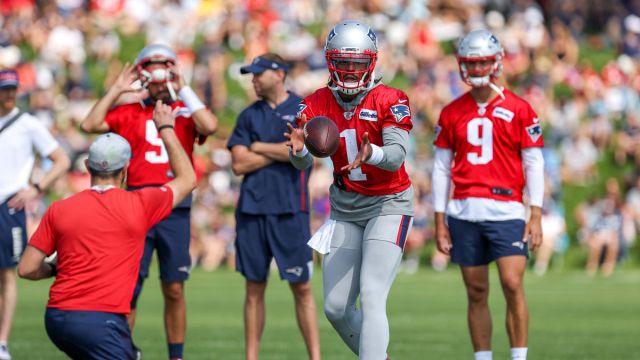