FOXBORO, Mass. — In his new book, “It’s Better to Be Feared,” author Seth Wickersham reported Bill Belichick refused to meet with Tom Brady after the quarterback decided to leave the New England Patriots, preferring to speak on the phone.

Belichick denied this report Wednesday morning and took aim at Wickersham for other claims in the book, which is scheduled for an Oct. 12 release.

“No, that’s not true,” the Patriots coach said. “And there are a few things about this book. It sounds like it’s a lot of second-, third- and fourth-hand comments. But I’m not going to get into that. I’m going to focus on this game and try to prepare for the Bucs.”

Asked a follow-up about that reported phone call — which Brady, according to a Wickersham source, viewed as “telling” — Belichick replied: “I’m going forward on that.”

Later, Belichick was asked what he would say to Patriots fans who question why Brady, who will face his former team for the first time Sunday night as a member of the Tampa Bay Buccaneers, didn’t finish his career in New England.

“I would say all that’s in the past right now,” Belichick said. “I’m looking forward to the game.”

Belichick did offer high praise for Brady multiple times during his Wednesday presser, saying the 44-year-old is “as tough (to prepare for) as any quarterback is or ever has been.”

“Tom has had an unbelievable career,” Belichick said. “There’s not enough superlatives and adjectives to compliment him on everything that he’s achieved and continues to achieve. It’s unbelievably impressive.”

Belichick said his relationship with Brady “is good.”

The Patriots will host Brady’s Bucs at 8:20 p.m. ET on Sunday at Gillette Stadium. 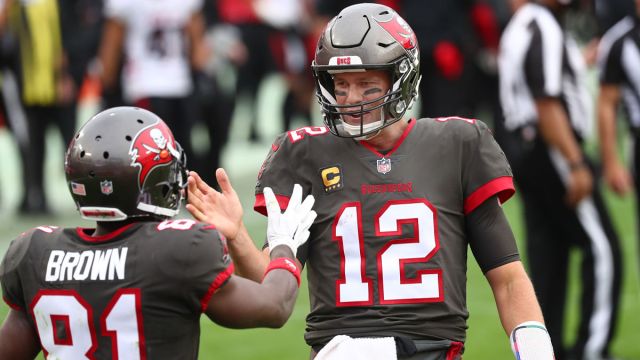 Tom Brady, Bucs Could Be Shorthanded At Key Position For Patriots Game 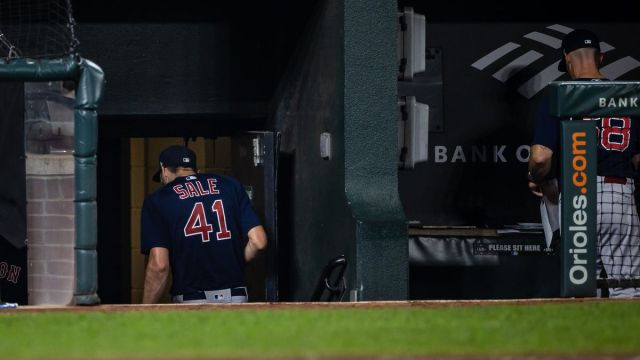