Belichick raved about Brady throughout his Wednesday morning news conference, calling the 44-year-old signal-caller “unbelievable” and saying he can probably play until he’s 50.

“There’s not enough superlatives and adjectives to compliment him on everything that he’s achieved and continues to achieve,” said Belichick, who won six Super Bowls with Brady before the QB left for Tampa Bay last offseason. “It’s unbelievably impressive.”

Here’s everything Belichick had to say about the former Patriots icon during his nine-minute presser:

Opening statement:
“… It’ll be a big challenge for us this week, obviously, facing one of the top teams in the league, if not the top team. I know some of the players well, Tom and Rob (Gronkowski) and guys like that. Certainly, Rob and Tom have done a lot for this organization. A lot for me, and I appreciate everything they’ve done and have a ton of respect for them, but you know, this Sunday we’re on opposite sides of the field. We’re going to do what we can to not make them enjoy the night. I’m sure they’ll do the same to us but look forward to the opportunity and the challenge and look forward to Sunday night.”

On if he is surprised by Brady and Gronkowski’s production on the field this late in their careers:
“Nothing Tom does surprises me. He’s a great player. Works hard and takes care of himself. I mean, he’s talking about playing until 50. If anybody can do it, he probably can.”

On if he anticipates having to manage his emotions on Sunday night given his relationship with Brady:
“No. I’m just going to focus on what I can do to help our team win Sunday night. Same thing I always try to do.”

On if it is true that he preferred to speak with Tom Brady over the phone regarding his free agency decision in 2020:
“No. That’s not true, and I’ve heard a few things about this book and sounds like it’s a lot of second, third and fourth-hand comments, but I’m not going to get into that. I’m going to focus on this game and try to prepare for the Bucs.”

On if he plans on having any contact with Brady before Sunday’s game:
“I’m just planning on getting ready for the game. I don’t know.”

On how remarkable it is that he drafted Brady in 2000 and is still playing at a high level this season:
“I mean, Tom’s had an unbelievable career. There’s not enough superlatives and adjectives to compliment him on everything that he’s achieved and continues to achieve, so yeah. It’s unbelievably impressive.”

On if he thinks Brady will know what the Patriots are doing on defense given his previous experience with the team:
“I think there’s a little bit of that with anybody that you play. Other coaches. Other players. Certainly, Tom has an intimate knowledge of everything that we do here. More so than any other player in the league by far, so I’m sure he’ll use it his advantage. I would expect him to. I don’t think it will be in our best interest to go in there and, you know, do everything differently than we’ve done it all year. What we need to do is continue to do the things we do and do them better. That would help us more than anything else, so that’s what we’ll try to do.”

On what he would say to Patriots fans that wonder why Brady is on the opposing sideline:
“I’d say all that’s in the past. Right now, I’m looking forward to the game.”

On if he wanted Brady to be the Patriots quarterback after the 2019-20 season:
“We’ve already addressed that, so our focus is on the Bucs.

On his relationship with Brady right now:
“I think it’s good. It’s always been good.”

On if Brady is a tough quarterback to defend:
“Yeah. He’s as tough as any quarterback there is or ever has been. Enough said. I mean, his numbers are incredible. He’s about to pass the all-time passing record. He’s done more than any other player at that position in whatever measurement you want to take, whether it?s yards, completions, touchdowns, championships. You name it, so put anything out there you want, but it doesn?t get any tougher than him.”

The Patriots and Bucs will square off on “Sunday Night Football,” with kickoff set for 8:20 p.m. ET in Foxboro, Mass. 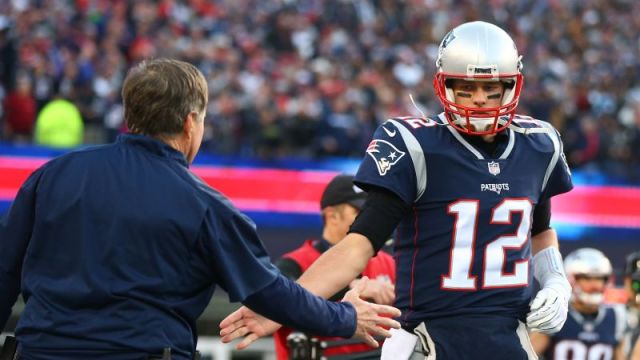 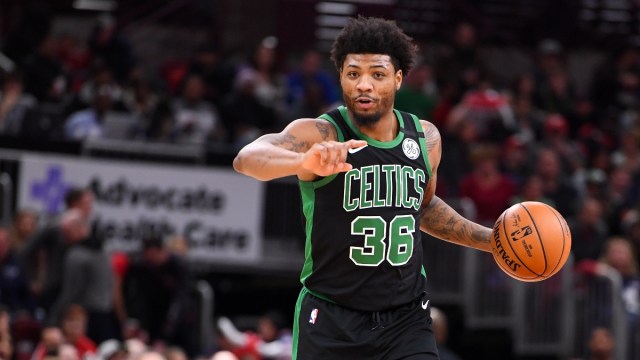