Boston Red Sox starting pitcher Eduardo Rodriguez called his last start — which came five days ago against the Tampa Bay Rays — his best of the season.

Unfortunately, it didn’t go the same way Tuesday night at Fenway Park as Rodriguez allowed six runs on eight hits in just 3 2/3 innings against the same Tampa Bay lineup. The Rays offense hit one hard-hit ball after another and didn’t let up, earning a 12-7 victory.

“There were a lot of two-strike hits, right?,” manager Alex Cora said on a postgame video conference. “I do feel like he (Rodriguez) wasn’t able to put them away. They cover the bottom part of the strike zone, they put some good swings on it. … I think that was the whole thing — two-strike hits, two-strike damage. It happened fast, too.”

Catcher Christian Vázquez added: “They all had good swings on him tonight. … They had a good plan on (Rodriguez) today so turn the page and get it for tomorrow.”

Cora noted specifically how the Rays were able to cover the bottom part of the plate well. Rodriguez himself explained how Tampa Bay took advantage of his mistakes, and were better prepared for specific pitches when Rodriguez got them in those 0-2 counts.

— The fact Rodriguez put together a less-than-stellar start had him a bit frustrated as he continues to look for consistency.

“It’s kind of hard because this is the time you really have to step it up as a starting pitcher, go out there and win every game, because we’re on a chase into the postseason,” Rodriguez said. “So it feels really hard to lose a game especially a game that I started so that’s the way I see it.”

— Kiké Hernández returned to the Red Sox lineup for the first time since Aug. 26, and Cora was asked what he thought about the center fielder in his return.

“That he hasn’t played in a while,” Cora said after Hernández was 0-for-5 at the plate. “But I think the at bats, the first at bat he saw the ball really well, that’s why he didn’t offer. I think overall, it’s a good step. … He’s our lead off guy, he’s our table setter, we know that. He got what five at bats today? That’s good enough. He’ll be ready for tomorrow.”

— Bobby Dalbec may have been the lone silver lining for the Red Sox as the corner infielder hit a pair of home runs despite the fact his first plate appearance came in the eighth inning.

— There was an early fly ball to the Green Monster that looked like left fielder Alex Verdugo may have had a shot at tracking down. Cora, though, had no problem with how Verdugo played it.

“It was getting close to the wall, I don’t know the chances of making the play. I thought the effort was there,” Cora said. “I think he should be OK. I didn’t see anything today.”

Verdugo made a pair of blunders in the outfield during Monday’s loss, but it doesn’t seem Cora is drawing any correlation.

— Cora provided updates on a number of Red Sox players that remain on the COVID-19 Injured Reserve list before first pitch. Among them, the Red Sox skipper noted how he hopes shortstop Xander Bogaerts will return Friday.

— Both Rodriguez and Vázquez are hoping to end home stand on good note with a win in Boston’s series finale against the Rays on Wednesday.

“Every game counts, tomorrow, the next series, the road trip. Every game counts from now on,” Rodriguez said. “We got to go out there and win tomorrow and start winning every game, every series we play. That’s the way it is for the rest of the season for us.” 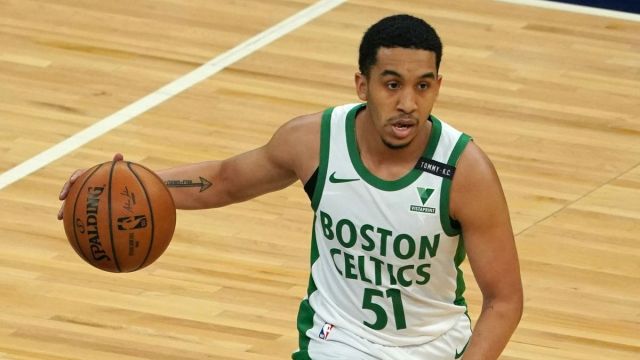 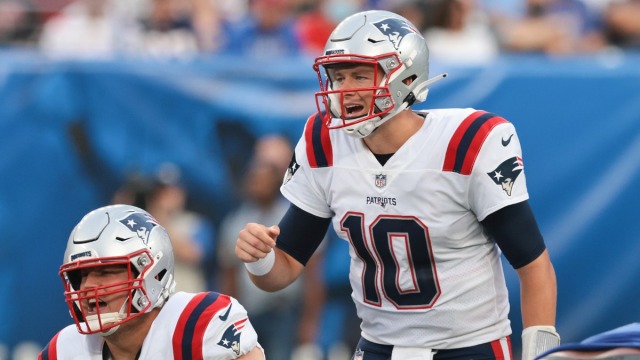