The Red Sox are fighting for a spot in the postseason after leading the American League East for much of the first half of the 2021 campaign.

Boston earned an 8-4 win over the Seattle Mariners on Tuesday night after Kyle Schwarber redeemed himself with a three-run double in the eighth inning. Every win is important for the Red Sox at this point with 15 regular-season games left and the Toronto Blue Jays and New York Yankees also looking to play deep into October.

If the Major League Baseball season ended Wednesday, the Red Sox would be on the outside looking in. They technically are tied with the Yankees and Blue Jays for the two AL Wild Card spots, but Boston is narrowly behind its division foes in terms of percentage points.

The Red Sox are three games ahead of the Mariners and 3 1/2 games in front of the Oakland Athletics in the Wild Card standings. Boston sits nine back of Tampa Bay for first place in the AL East. So unless the Rays dramatically collapse to end the regular season, the Red Sox will need to earn a Wild Card spot if they want to play playoff baseball in 2021.

The Blue Jays have caught fire at the right time, going 8-2 over their last 10 games. But they’re in danger of losing their series against Tampa Bay after dropping Tuesday’s game, 2-0.

Boston can close out its road trip against Seattle on a high note and win the series Wednesday afternoon. But it will need the Yankees and Blue Jays to also lose in order to slot back into a postseason slot. 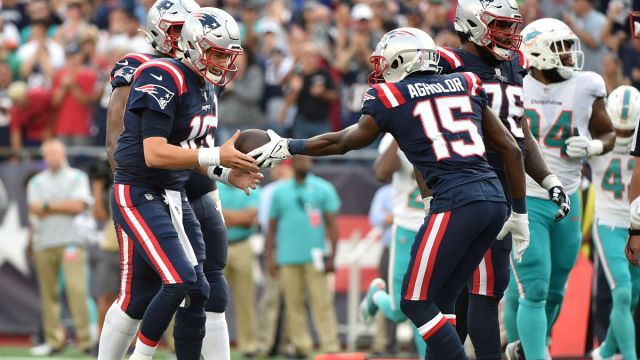