Boston Red Sox starter Nick Pivetta was knocked around for three runs in four innings and Garrett Richards allowed Baltimore to pull away while the Boston offense failed to do much of anything in a 6-2 loss to the Orioles.

The Red Sox, who lost the series in Baltimore, fell to 89-70 on the season.

ONE BIG TAKEAWAY
Red Sox manager Alex Cora spoke before the game about how Boston was hoping to chase Baltimore starting pitcher Alexander Wells out of the game early and get to the Orioles’ bullpen. Wells, after all, entered the game with a 7.61 ERA and 1-3 overall record. Well, Boston didn’t have much luck in doing so after a leadoff home run by Kiké Hernández on the first pitch of the game.

Following the solo shot which gave Boston an early 1-0 lead, the Red Sox brought just 12 batters to the plate over the next four innings. They were retired in order during the second, fourth and fifth innings while a double play got Baltimore out of it in the third.

It was another very low performance for the Red Sox offense in a game where they could’ve have it.

STARS OF THE GAME
— Wells, somewhat shockingly, allowed just one run on three hits in six innings. He struck out two and walked two while 52 of his 80 pitches went for strikes. It was the first time Wells ever pitched six-plus innings in a big league game.

— Ryan Mountcastle delivered what proved to be the game-winning hit for the second time in the series. The Orioles first baseman, who recorded a two-run home run off Chris Sale on Tuesday, hit a three-run blast off Pivetta in the third inning. It gave Baltimore a 3-1 lead and the Orioles never looked back.

— There weren’t many great performances from a Red Sox perspective, but Kyle Schwarber was one of them. Schwarber, who replaced Dalbec at first base despite the Orioles starting a left-hander, reached base three times with one hit and two walks.

WAGER WATCH
If you predicted the Orioles to win by four runs or more on the alternate run line prior to Thursday’s game, you were paid out 14-to-1 odds. That means a $100 bet on the Orioles won you $1,400 for a $1,500 pay out. Yeah, that tells you what a long shot those at DraftKings Sportsbook believed this would be.

ON DECK AT NESN
The Red Sox will look to put the unfathomable behind them when they travel to face the Nationals in Washington on Friday. First pitch from Nationals Park is set for 7:05 p.m., and you can watch it live on NESN. 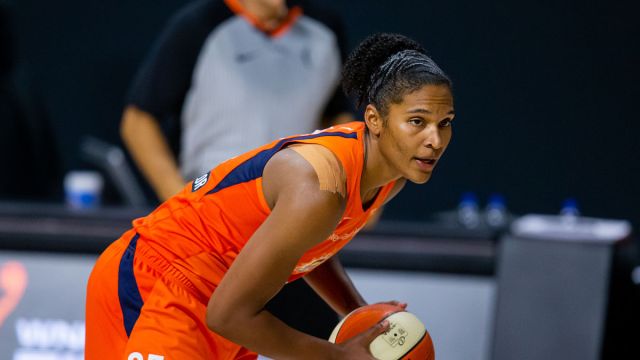