Derek Carr and the Las Vegas Raiders pulled out a 33-27 overtime win against the Baltimore Ravens on “Monday Night Football” in a game that featured just about everything you could think of down the stretch.

That came after Las Vegas’ first overtime possession that featured a 32-yard reception by Bryan Edwards. Edwards originally was ruled to be the recipient of the game-winning touchdown, with players literally shaking hands on the field, but upon further review his knee was down at the Baltimore 1 yard line before the ball crossed the plane. It resulted in the Raiders having first-and-goal from the Baltimore 1 yard line. No problem, right?

Well, after Carr was held up on a quarterback sneak and after a Las Vegas false start pushed the offense back, the quarterback threw an interception off the helmet of receiver Willie Snead. Baltimore came away with the ball to give the Ravens’ offense a chance to win the game with either a field goal or touchdown.

Ravens quarterback Lamar Jackson, however, fumbled the ball on the fifth play of Baltimore’s ensuing possession. The Raiders recovered and it led to the eventual game-winning touchdown as Carr found Jones.

And that all took place after Carr led an impressive fourth-quarter drive which sent the game to overtime. The Raiders signal-caller covered 38 yards on two completions in merely 30 seconds to set up the game-tying, 55-yard field goal from Daniel Carlson. 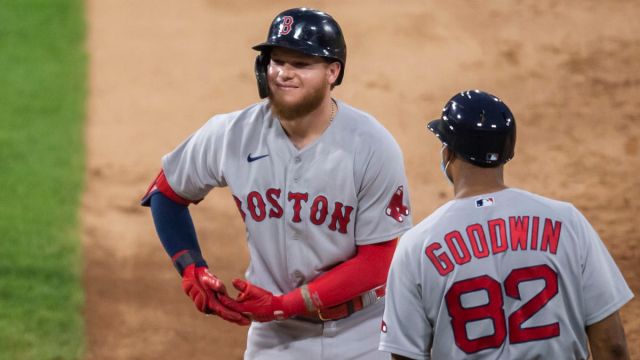 What Do Red Sox Need To Do To Make Playoff Push? Alex Cora Explains