The Boston Bruins are off and running.

The B’s began their season Saturday night with a 3-1 victory over the Dallas Stars. Brad Marchand scored in the first period for Boston, with Jake DeBrusk providing the winner in the third and Marchand later adding an empty-netter. Luke Glendening had Dallas’ lone tally.

WHERE THE ICE TILTED
The Bruins never struggled with jump, but it was the specific jolt of energy from the third line early in the third period that defined the game for myriad reasons. It was that shift when DeBrusk used his straight-ahead speed to keep Roope Hintz from cleanly playing the puck in his defensive zone. That allowed for Erik Haula to gain possession and throw a puck to a charging Nick Foligno. He poked it, and DeBrusk was there to clean it up.

Momentum had been building thanks to an impressive shift in both the offensive and defensive zone from Tomas Nosek. The DeBrusk goal, which put Boston up 2-1 and proved to be the winner, put the Bruins in the driver’s seat the rest of the way.

THREE STARS
— DeBrusk. He is in dire need of a bounce-back this season, and his game-winning goal put him in the right direction.
— Marchand. He bookended the scoring for the Bruins with a penalty shot and empty-netter.
— Jeremy Swayman. He picked up where he left off last season, turning away 24 shots in the victory.

KEY STATS
— Boston’s second line, centered by Charlie Coyle, looked fantastic. The Taylor Hall-Coyle-Craig Smith trio, though they didn’t get a goal, outshot Dallas 14-3 when on the ice.
— Swayman saw three high-danger shots and turned them all away. He was nails when he needed to be.
— The Bruins thoroughly controlled play in the first period, outshooting the Stars 17-5. They only led 1-0 after one, but that set the tone.

HIGHLIGHTS
— The first Bruins goal of the season was a Marchand penalty shot. Just as we all suspected.

— Glendening, who was everywhere Saturday, opened the scoring for Dallas after Boston failed to clear its zone.

— DeBrusk had the winner, and was he ever fired up.

WAGER WATCH
The Bruins entered the game as the betting favorite at -198. A bettor would have needed to bet $198 to make $100. The goal total entering the game was 5.5, meaning the under paid out.

UP NEXT ON NESN
The Bruins will have a few days off before hitting the road to face the Philadelphia Flyers on Wednesday. Puck drop from Wells Fargo is set for 7:30 p.m. ET on TNT. 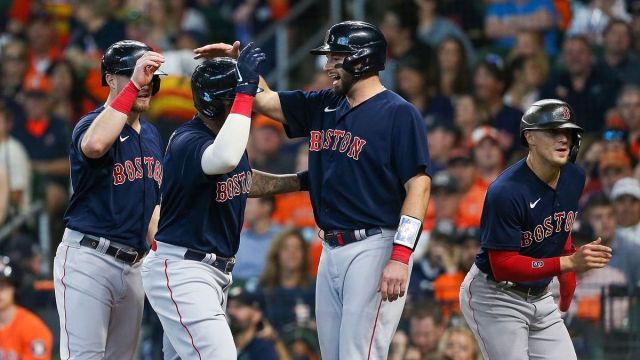 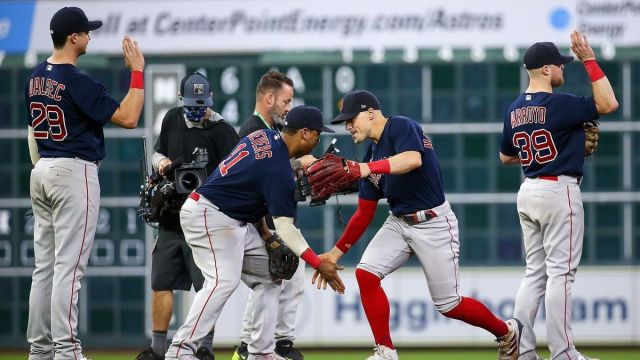