All three Patriots RBs who suited up for Week 7 found the end zone. Damien Harris and J.J. Taylor each rushed for a pair of scores, while Brandon Bolden hauled in Mac Jones’ first TD pass of New England’s 54-13 rout of the New York Jets.

Taylor, signed as an undrafted free agent last year, had yet to score an NFL touchdown heading into the finale of the Patriots-Jets season series. When the 23-year-old made his first career trip to paydirt, an overjoyed Harris bolted from New England’s sideline and was among the first to greet the 5-foot-6, 185-pound back.

We’re not exaggerating the sequence either. Harris turned on the jets and then some in order to celebrate his fellow RB.

“It was probably the fastest I ran all game,” Harris told reporters after the game.

Harris continued: “We’re such a tight brotherhood in (the running back’s room). You see a young guy who works his butt off every single day, works just as hard, if not harder, than anybody else in the building, and you see him have that success and you know that hard work pay off. It’s a great feeling and the excitement that I had just shows the camaraderie of this team. A lot of guys were excited. Everybody was excited. That’s just a testament to how close we are as a team.”

The Patriots’ running backs, as a whole, appear to be hitting their stride. After a dreadful showing against the Tampa Bay Buccaneers (-1 combined rushing yards), New England racked up a combined 394 yards on the ground over the last three weeks.

Harris, Taylor and Co. should be able to keep it going Sunday against a Los Angeles Chargers team that’s had issues defending the run this season. 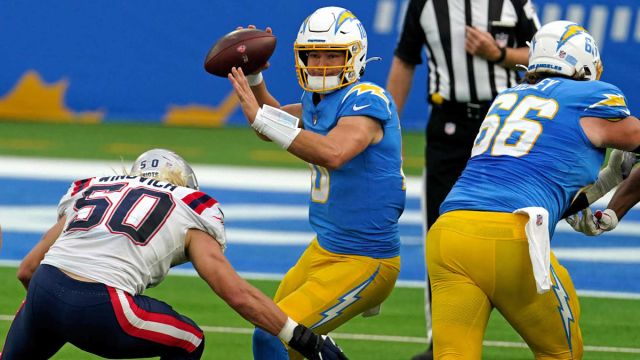 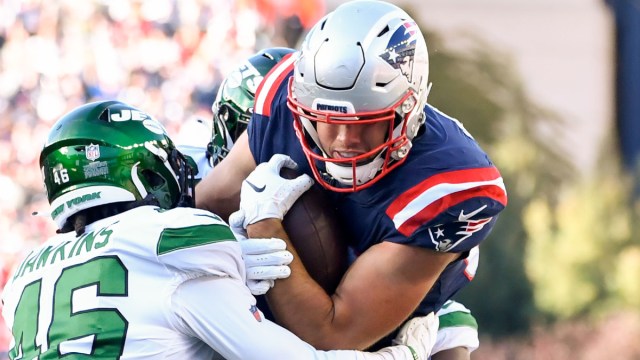