Patriots Takeaways: Eight Things We Learned From Thrashing Of Jets Skip to content

The New England Patriots blew the doors off the New York Jets on Sunday, cruising to a 54-13 win over their longtime AFC East rivals. Here are eight things we learned in that Week 7 matchup at Gillette Stadium:

1. The Patriots aren’t dead yet
In a game they absolutely needed to win, the Patriots delivered their most comprehensive performance of the season, dominating the Jets in all three phases. They scored on nine of their 10 possessions (excluding a few late kneeldowns), found the end zone seven times, racked up 554 yards of total offense, won the turnover battle 3-0 and led by double digits for the final 52 1/2 minutes.

Yes, it was against the Jets — and a Jets team that played most of the game with its backup quarterback, at that. But a victory this lopsided is impressive regardless of opponent. And the Patriots needed a performance like this after opening the season 2-4 and looking nowhere near authoritative in their most recent win over the Houston Texans.

“This was a game we needed to show us what we?re capable of,” said wide receiver Kendrick Bourne, who threw a touchdown pass in the first quarter and caught a 46-yard bomb from Mac Jones in the fourth.

Now, the Patriots must maintain this momentum as they prepare for a road matchup with Justin Herbert and the 4-2 Los Angeles Chargers. A win over the Chargers — who were idle this week after being blown out by the Baltimore Ravens last Sunday — would bring them back to .500 and be an important step toward potential playoff contention.

2. The run game is humming
In the three games since they were held to -1 rising yards in a Week 4 loss to the Tampa Bay Buccaneers, the Patriots have gone for 126, 120 and now a season-high 148 on the ground. This is the type of run-game production we expected from this team.

Damien Harris has been excellent, registering his second straight 100-yard performance and third of the season Sunday. He finished with 106 and two touchdowns on just 14 carries — a gaudy yards-per-carry average of 7.6. J.J. Taylor, who surprisingly got the gameday nod over rookie Rhamondre Stevenson, added two late scores of his own. Even Jones got in on the action, scrambling 13 yards for a first down on third-and-19.

Tight end Hunter Henry said it best after the game:

3. Maybe Brandon Bolden can be a viable James White replacement?
We’ve knocked Bolden’s potential as an offensive weapon, and he definitely hasn’t been a consistent contributor since White’s season-ending injury (6 receiving yards in Week 5, 3 in Week 6). But the veteran running back now has had two productive receiving performances in the past four weeks. Bolden led all Patriots with six catches on seven targets for 79 yards and a touchdown Sunday after going for five catches on five targets for 51 yards in the team’s Week 4 loss to Tampa Bay.

Backs scored five of the Patriots’ seven touchdowns against the Jets.

4. This is the Patriots’ ideal O-line setup
… at least until Trent Brown is healthy enough to return. After weeks of O-line shuffling, the Patriots finally have a starting five that works: Isaiah Wynn at left tackle, Ted Karras at left guard, David Andrews at center, Shaq Mason at right guard and Mike Onwenu at right tackle.

Fans and media members had been advocating for the team to shift Onwenu from left guard to right tackle — a major problem spot in Brown’s absence — and the line flourished in his first start there, paving the way for the aforementioned rushing outburst and largely keeping Jones clean. The rookie QB was sacked once and hit just three times, with one coming on an ill-fated throwback pass.

“They played great,” Jones said. “I don’t think I got hit but maybe one time on a trick play or something. It was really impressive the way they played and came together.”

This group also mauled near on the goal line, allowing the Patriots to score four short-yardage touchdown runs and convert on all five of their goal-to-go opportunities. And Onwenu delivered a key block on Bourne’s trick-play touchdown.

With Brown eligible to return from injured reserve this week, we’ll see how long this preferred O-line combo remains intact.

5. The Patriots seem to have fixed some of their early-season flaws
Over the first five weeks of the season, New England totaled just 10 first-quarter points. It’s now scored on its opening possession in each of the last three games and opened with back-to-back touchdowns in the last two.

The Patriots entered Sunday ranked 30th in the NFL in red-zone conversion rate, having scored touchdowns on just 8 of their 18 opportunities. They went a perfect 6-for-6 against the Jets. Last week, they were 2-for-2.

And from a simple scoring perspective, the Patriots have put up 29 and 54 points in their last two games after failing to top 25 in any of their first five. This is all encouraging progress from a unit that should continue to improve as the season progresses.

6. Getting Jonnu Smith involved seemed to be a priority
Including one play that was called back for a penalty, Jones targeted the much-maligned tight end on each of his first three passes, five of the first six and six of his first eight. These throws missed more than they hit — three fell incomplete, and one went for a 1-yard gain that was negated by a holding call — but when they hit, they hit big.

On the third play from scrimmage, Smith caught a screen pass behind the line and sprinted downfield for a 28-yard gain, showcasing the elite run-after-catch ability that’s largely been absent from his game this season. Later in the first quarter, he lined up at fullback, feigned a lead block and caught a play-action pass from Jones that went for 24 yards. Smith also had a 5-yard carry on New England’s opening possession as coordinator Josh McDaniels schemed up different ways to get his $50 million offensive weapon involved.

Smith recorded nearly as many receiving yards on those two first-quarter catches (52) as he had in the previous four games combined (54). His breakout was cut short, though, when he suffered a shoulder injury early in the second quarter and did not return. The Patriots played the rest of the game with just one available tight end: Hunter Henry, who extended his streak of consecutive games with a touchdown catch to four.

As of Sunday night, the severity of Smith’s injury had not been reported. If he can’t play Sunday against the Chargers, second-year pro Devin Asiasi likely would make his season debut after seven straight healthy scratches.

7. A shorthanded defense made timely plays
The spotlight understandably was on the offense after New England’s highest scoring output since 2013 (a 55-31 win over Pittsburgh), and things weren’t flawless defensively for the Patriots. They set up two Jets touchdowns with defensive pass interference penalties (one on Kyle Dugger, one on Jalen Mills) and made second-string Jets quarterback Mike White look a bit too capable after a knee injury knocked out starter Zach Wilson.

But after New York scored on the opening drive of the second half to cut its deficit to 31-13, the Patriots buckled down. The Jets’ final five possessions went interception (by Dugger), interception (by J.C. Jackson), turnover on downs, punt, fumble (forced by Myles Bryant, recovered by Josh Uche).

The Patriots played the entire second half without veteran safety Devin McCourty, who remained on the sideline but did not return to the game after suffering an abdomen injury. Starting linebacker Dont’a Hightower and top slot cornerback Jonathan Jones both missed the game with injuries. Players like Bryant, Joejuan Williams, Harvey Langi (who also left mid-game) and Jahlani Tavai took on larger roles as a result. Ja’Whaun Bentley also had a very strong game in Hightower’s absence.

Bryant finished with a sack, a forced fumble, six tackles and a tackle for loss, and Williams broke up three passes.

8. Bill Belichick showed no mercy
Whether driven by his animus toward the Jets or a simple desire to deliver a wire-to-wire performance after his team’s shaky start to the season, Belichick didn’t call off the dogs until the final two minutes despite leading by three-plus touchdowns for nearly the entire second half.

The Patriots still were throwing deep late in the second half. The 46-yarder from Jones to Bourne set up a touchdown that made it 47-13 and ended Jones’ afternoon. Backup Brian Hoyer entered for the next drive, and he got to sling it, too, connecting on completions of 22, 28 and 29 yards as the Patriots marched to yet another touchdown.

“We’re trying to be dominant, man,” Bourne said. “We want to be that team that can do everything at any moment. Whether we’re down or up, we want to play how we want to play.” 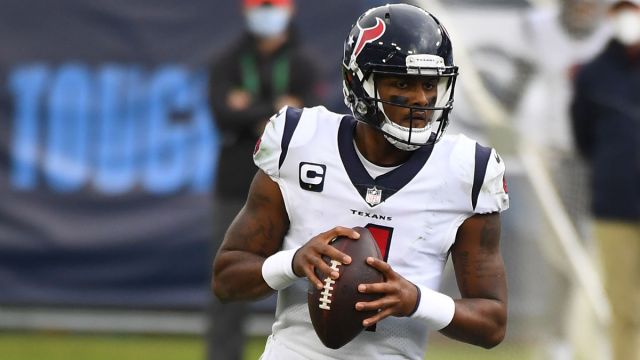 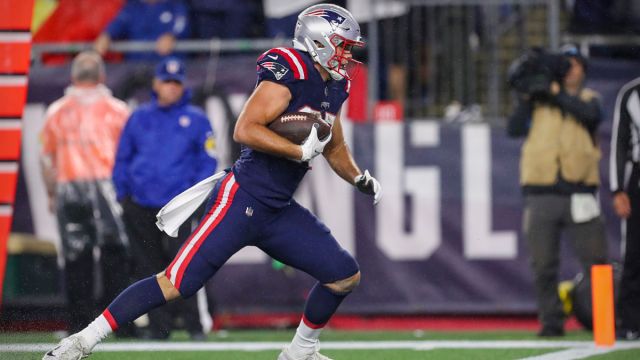