Did Scott Zolak Tease New Patriots Uniforms For Next Season? Skip to content

The New England Patriots introduced new uniforms ahead of the 2020 season, but they could already be looking to explore another direction.

Patriots quarterback-turned-broadcaster Scott Zolak appeared to have leaked the details on the 98.5 The Sports Hub’s pregame show for New England’s Week 12 matchup against the Tennessee Titans.

Amid a few minutes of discussion about the current jerseys, adopted from a color rush iteration, Zolak dropped an interesting nugget about the organization potentially changing the uniform yet again over the offseason to debut in the 2022 campaign.

There was no hint about what they could look like, or which uniforms would see the change. The NFL limits teams from changing their primary uniforms more than once every five years, but the Patriots could have something up their sleeve with an alternate or a loophole.

After all, a new helmet rule in 2022 will allow teams to switch things up with alternates and we know how much coach Bill Belichick doesn’t like all-blue uniforms.

Either way, fans can only hope there’s an initiative to bring the beloved red throwbacks back more often.

The Patriots can jump to the No. 1 seed in the AFC on Sunday with a win over the Tennessee Titans and a Baltimore Ravens loss. 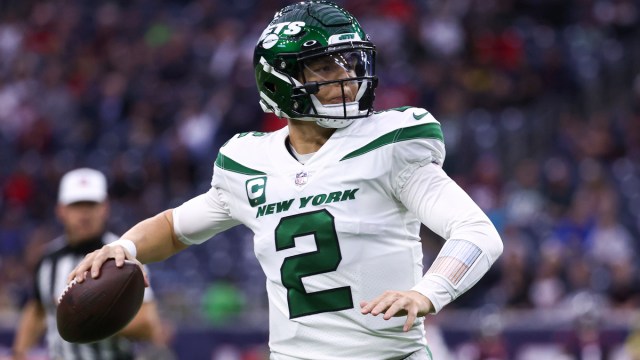 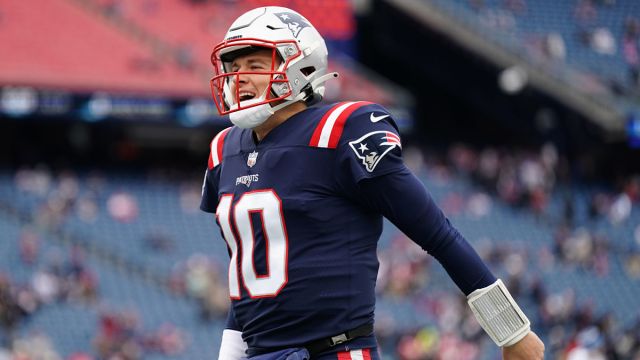