The Patriots have won five games in a row.

New England earned a 25-0 win over the Atlanta Falcons in the Week 11 edition of “Thursday Night Football.” The Patriots dominated throughout, sacking Falcons quarterback Matt Ryan four times and pressuring him constantly. It was New England’s first shutout since its 45-0 victory over the Los Angeles Chargers in Week 13 of last season.

New England improved to 7-4 with the victory while Atlanta dropped to 4-6 with the loss.

STUDS
Kyle Van Noy, LB
His best game of the season. Van Noy was an absolute force in the first half, sacking Ryan twice. He was all over the place, finishing with a team-high eight combined tackles. He finished off his evening by picking off Josh Rosen and returning it for a touchdown.

The veteran linebacker has come on of late and is playing his best football of the campaign.

Kyle Dugger, S
Dugger was a total missile in the first half, delivering big hit after big hit. The second-year safety finished with seven combined tackles and was a true difference-maker throughout the game. Like Van Noy, Dugger recently has taken his game to a higher level.

Matthew Judon, LB
His first-half takedown of Ryan gave him a new career-high with 10 1/2 sacks. Judon, as has been the case all season, lived in the backfield and gave the opposing quarterback fits. He finished with three combined tackles.

DUDS
Trent Brown, RT
He wasn’t terrible by any means, but he did give up one of the two drive-killing sacks in the first half. Some of Atlanta’s pressures in the first half were on Brown’s side, so he lands in the “duds” section. The mini-bye will serve Brown well.

Jalen Mills, CB
Committed a third-down pass interference penalty on Atlanta’s first drive of the second half. It didn’t come back to bite the Patriots, but better offenses could take advantage of such mistakes.

Jonnu Smith, TE
His holding penalty during a N’Keal Harry run effectively killed New England’s first drive of the second half. Smith caught one ball for 17 yards in the passing game after sitting out Sunday due to a shoulder injury. 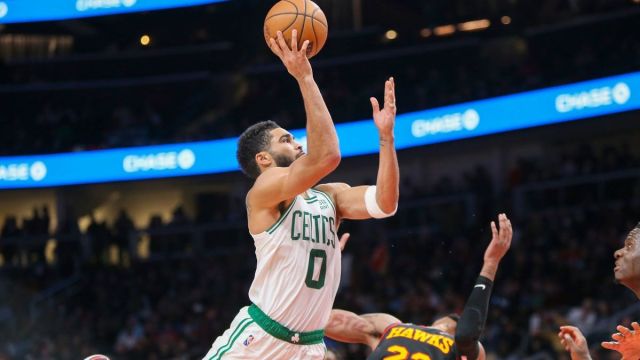 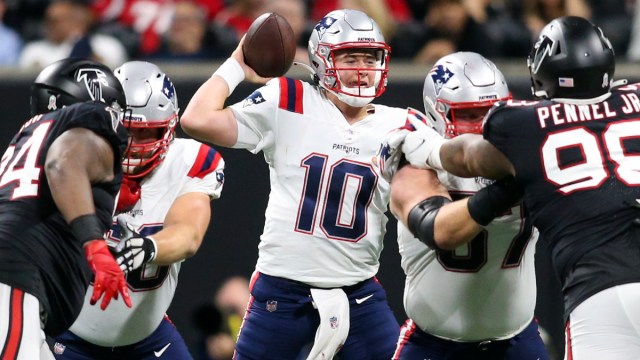