With nine weeks down and nine weeks to go, it’s time to hand out some New England Patriots grades.

Here’s our assessment of each Patriots position group as they hit the halfway point of the 2021 NFL season:

Quarterback: B+
Is Mac Jones a top-tier quarterback at this stage? Certainly not. But we’re grading on a curve here. Compared to his fellow rookies — and what one could reasonably expect from a first-year QB — he’s been terrific. Jones has endured some struggles of late, though — he missed a number of open receivers against the Los Angeles Chargers and turned the ball over twice against the Carolina Panthers — so we’ll see if he can maintain his momentum through the back half of this 17-game season.

Running back: B+
After slowing to a crawl around Week 4, the Patriots’ ground game has been excellent of late, surpassing 140 yards in each of the last three games. Damien Harris ranks ninth in rushing yards and tied for fourth in rushing touchdowns, Brandon Bolden has emerged as a surprisingly productive James White replacement, and Rhamondre Stevenson seems to be in the midst of a rookie breakout, though he’s rotated in and out of the lineup with second-year pro J.J. Taylor. One concern: Harris and Stevenson both are in concussion protocol, clouding their availability for this week’s matchup with the Cleveland Browns.

Wide receiver: C
Jakobi Meyers has been a solid, if unspectacular, top option this season, catching 17 more passes than any other Patriot and serving as Jones’ go-to guy on third down (though he’s still searching for his first NFL touchdown). Kendrick Bourne has exceeded expectations as New England’s No. 3, though a Week 8 fumble landed him on the bench for two quarters. Nelson Agholor has underperformed, however, validating concerns about his two-year, $22 million contract, and N’Keal Harry has just five catches in five games. Will we see Odell Beckham Jr. join this group in the coming days?

Tight end: C+
Hunter Henry has established himself as the Patriots’ top red-zone weapon with touchdown catches in five of his last six games, fixing what had been a major problem for New England’s offense. But Jonnu Smith’s performance drags this grade down. The Pats’ other big-money tight end hasn’t caught more than two passes in a game since Week 4 and has shown only flashes of the explosive run-after-catch ability that defined his skill set in previous seasons.

Offensive line: C+
This grade would have been a whole lot worse had we handed out this report card four weeks ago. The Patriots’ O-line has mostly stabilized since shifting Mike Onwenu to right tackle and settling on a quality starting five. Some issues persist, however, from left tackle Isaiah Wynn’s disappointing play to an uptick in penalties. The Patriots rank 14th in ESPN’s pass block win rate, 11th in Pro Football Focus’s pass blocking efficiency and 25th in ESPN’s run block win rate.

Defensive line: B-
Another unit that struggled early but has found its footing of late. If you remove Justin Jackson’s 75-yard run in the Chargers game, the Patriots are allowing just 3.9 yards per carry during their three-game win streak, which would rank just outside the top 10 during that span. Uber-disruptive rookie Christian Barmore looks like a star in the making, teaming up with outside linebacker Matthew Judon to form a formidable pass-rushing tandem.

Linebacker: A-
Judon has been a phenomenal addition on the edge. Ja’Whaun Bentley is enjoying the best season of his career. Dont’a Hightower is making under-the-radar contributions as this unit’s self-described “trash man.” Jamie Collins is delivering eye-popping plays in his limited playing time. Kyle Van Noy has been less impactful than expected in his Patriots return, but he has four pass breakups over his last three games. The Josh Uche explosion many were predicting this summer has yet to materialize, but this group has been the heart of a New England defense that currently ranks fifth in Football Outsiders’ DVOA.

Cornerback: B-
Credit to this unit: It hasn’t folded after losing Stephon Gilmore to a trade and Jonathan Jones to a season-ending shoulder injury. J.C. Jackson, Jalen Mills and Joejuan Williams all have had their struggles, but since being torched by Dak Prescott in Week 6, they’ve largely limited game-changing big plays. Myles Bryant also has played very well as Jones’ slot replacement. Playing behind a swarming pass rush has helped, but the Patriots rank an impressive sixth in pass defense DVOA. The big question is whether this group, which still lacks desirable depth, can hold up for another eight-plus games.

Safety: A-
Save for one down game from Devin McCourty and some periodic coverage lapses from the still-developing Kyle Dugger, New England’s safety trio has been rock solid. Adrian Phillips has been the best of the bunch, earning AFC Defensive Player of the Week honors for his two-interception performance against the Chargers. Phillips currently is PFF’s sixth-highest-graded safety.

Special teams: B+
Nick Folk’s only missed field goals have come from 54 and 56 yards. He’s been excellent this season. The Patriots also lead the league in average starting field position, a credit to both their defense and their return units. Some uncharacteristic inconsistency from punter Jake Bailey and a handful of kicking-game penalties prevent this grade from reaching “A” territory. 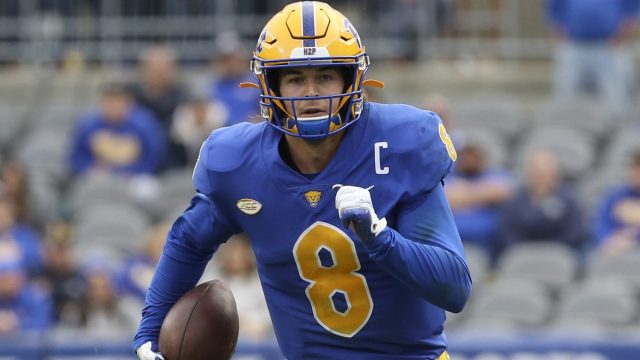 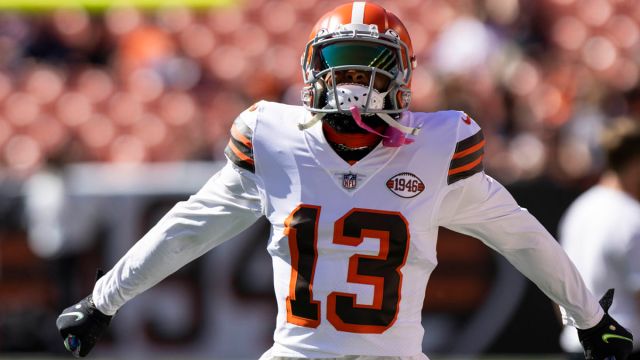