The 2021 season uncovered a good amount of certainties about the Boston Red Sox.

They were resilient, better than expected and a whole lot of fun en route to their defeat in the American League Championship Series against the Houston Astros.

Heading into 2022, it’s natural to expect more of the same. After all, the core group remains intact, with J.D. Martinez and Christian Vázquez returning on options, Xander Bogaerts and Rafael Devers back to man the left side of the infield and Kiké Hernández leading a group of newcomers who made an impact and will be back for more.

But, of course, there are a few questions the Red Sox must answer as they plan for the 2022 season, ranging from positioning to performances.

Here are four of the biggest concerns at this point of the offseason:

Which version of Matt Barnes will show up in 2022?
In 2021, we learned there are two versions of Matt Barnes: the steady, no-nonsense All-Star closer who pitched through the first half of the season, and whichever version struggled so badly down the stretch that he only made the postseason roster as an injury replacement.

From April 4 to July 4, Barnes posted a 2.68 ERA through 37 innings. After the break, he had a 6.11 ERA in 17 2/3 innings. If he can return in 2022 to his typical self, then there’s no need to address the closer role, and the Red Sox can turn their attention to filling the holes left in middle relief due to the departures of Garrett Richards and Hansel Robles.

But if Barnes continues to struggle, the Red Sox will need to find someone else to fill the role, and fast. Adam Ottavino was a decent option to fill into the closer role when Barnes struggled, but he’s a free agent, as well. Garrett Whitlock showed promise with an insane rookie campaign out of the ‘pen, but if anything, he and Tanner Houck — who also starred in middle relief in the postseason — could see an elevation to the front end of the roster.

It truly is unclear what the Red Sox can do here. An external candidate could be expensive — and ultimately unnecessary — but there’s no immediate candidates on the roster to fill the role of an everyday closer.

What will a full season of Chris Sale look like, and is it going to be enough?
Sale’s return from Tommy John surgery was — at the very least — a morale boost to start the second half of the season. But as it turned out, he had some up-and-down showings that culminated in a poor postseason from the ace. He finished the regular season with a 3.16 ERA in nine starts, allowing six home runs and 12 walks.

You have to cut Sale some slack, but you also have to wonder what sort of role he can play in the rotation going forward.

Nathan Eovaldi now has been the anchor of the Red Sox’s starting pitching for two seasons, given Sale missed the pandemic-shortened 2020 campaign, and it’s safe to assume he’ll continue to fill that role in 2021. Through the past two seasons, it seems Eovaldi has found his groove. And interestingly enough, he, like Sale, initially struggled upon returning from Tommy John surgery.

Eovaldi, who dealt with loose bodies in his elbow before finally taking the hill for the Rays in 2018, posted a 4.26 ERA through his 10 starts with Tampa Bay that year, allowing eight walks and 11 home runs — more than he gave up in entire seasons prior to his injury. But he was traded to the Red Sox partway through the ’18 season, and he settled in to log a 3.33 ERA through 12 appearances with Boston.

All of this is to say that Sale might just need more time to revert to the levels he was at previously. Even if he needs more games under his belt, the Red Sox should be able to manage with a combination similar to 2021 — though it would be more complicated if Eduardo Rodriguez does not return. But it would be better for all involved if Sale could get back to his typical self in 2022.

Is Bobby Dalbec finally ready to be an everyday first baseman?
This upcoming season feels like a make-or-break year for Dalbec, who exceeded rookie status by appearing in 133 games for the Red Sox. The bulk of those outings came at first base, while he also logged a handful of appearances at third.

From first base, he logged a .988 fielding percentage, ranking second-to-last in front of Minnesota Twins first baseman Miguel Sano among qualified first basemen. And he had just a 0.7 wins above replacement value and a .240 batting average in 2021. Projections from FanGraphs don’t have him faring much better in 2022. Dalbec struggled mightily against right-handed pitchers, hitting just .212 against them.

Triston Casas, the top-ranked prospect in the Red Sox system, could be knocking on the door soon, as he earned a late-season promotion to Triple-A Worcester. But he won’t be an option to slot in on Opening Day, so for now, it seems like it’s Dalbec’s job to lose, especially with the departure of Kyle Schwarber in free agency. But it’s unclear how long that can last.

Who’s on second?
This position is a mixed bag for Boston.

Christian Arroyo showed flashes of potential in 2021, but he missed far too much time — and moved around a bit too much when he did play — for anyone to get a good read on what he might be like slotting in on the right side of the infield on a daily basis.

The return of José Iglesias was a gamble that turned into a positive, but he’s entering the tail end of his career, so an over-reliance on him could put the Red Sox right back in this position sooner rather than later.

Hernández proved capable at second base, but he also was a surprising success in the outfield down the stretch. The Red Sox should avoid pigeon-holing him into one position now that he’s proven to be a capable infielder/outfielder, but doing so would force them to find someone to either platoon in the outfield or on the bag.

Jonathan Araúz likely is the next man up should the Red Sox choose to look within, but based on his 2021 performances, he’s more of a spot option than an everyday player at this point. 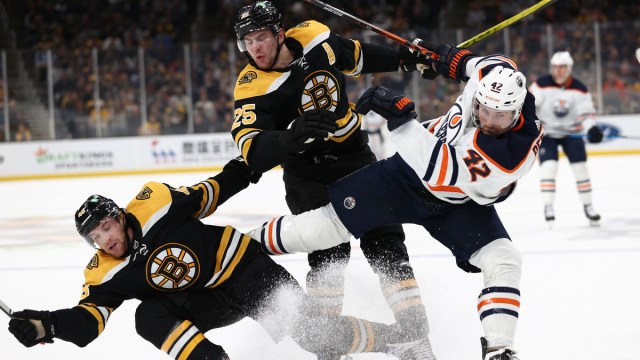 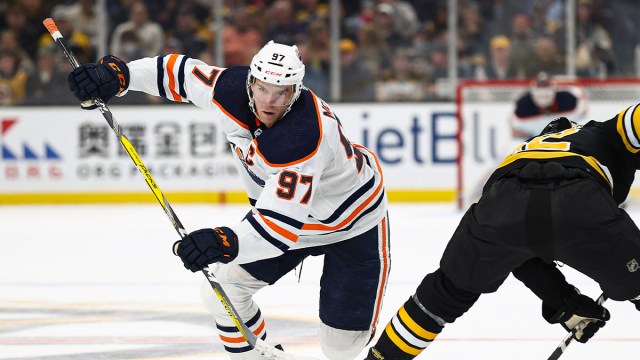